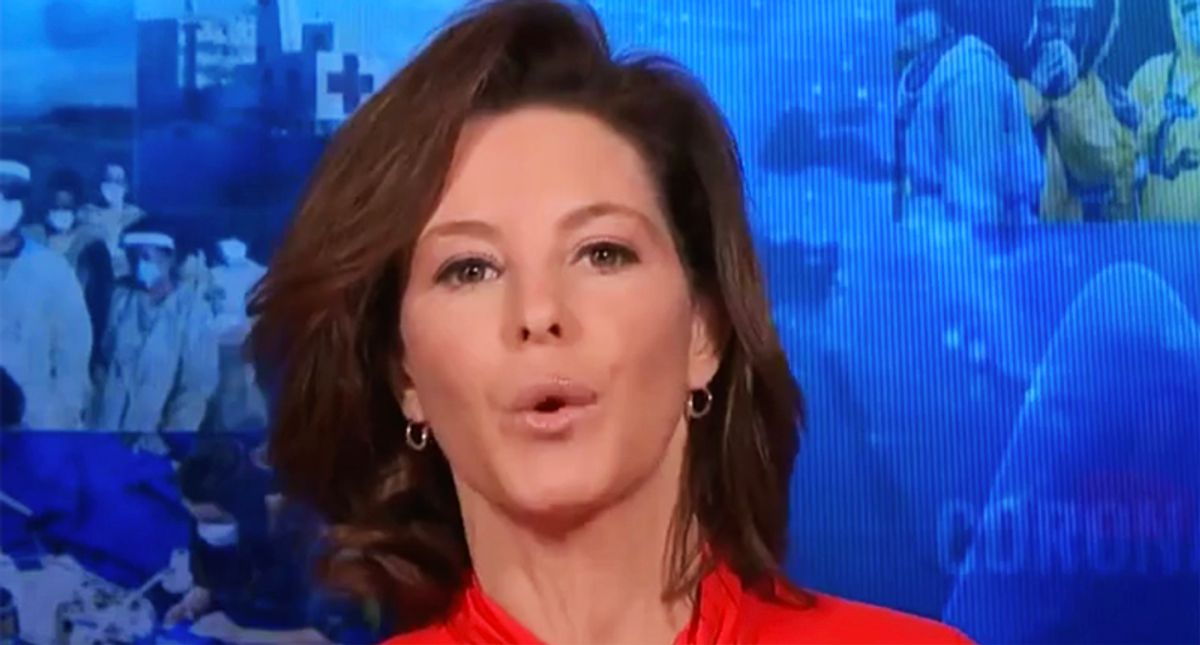 MSNBC's Stephanie Ruhle on Thursday reacted with incredulity to Republicans' attempt to frame antifa for Trump supporters' riot in the Capitol building on Wednesday.

During an interview with Punchbowl News' Jake Sherman, Ruhle talked about Republicans such as Rep. Mo Brooks (R-AL) who blamed antifa provocateurs for the violence committed in plain sight by supporters of the president.

"So these lawmakers who are trying to make this argument this was a left-wing conspiracy setup, they are looking at the same images we are," she said. "Many of those people who were photographed... inside the Capitol yesterday are well known fringe Trump supporters, QAnon personalities. We see their pictures! So how are Republicans making this antifa argument?"

"It's not logical, Stephanie," replied Sherman, who then predicted that Republicans' unwavering loyalty to the president would crumble now that their donors see no use in keeping him around.

"The transaction is over," he said. "For those donors who have been funding Republicans, the transaction that you are talking about, that... is over. There's nothing left for Donald Trump to give them and that's why I'm saying, what is -- will congressional Republicans stay loyal and faithful to this person after he's out of office? I think people's patience is going to -- are going to run thin on that."