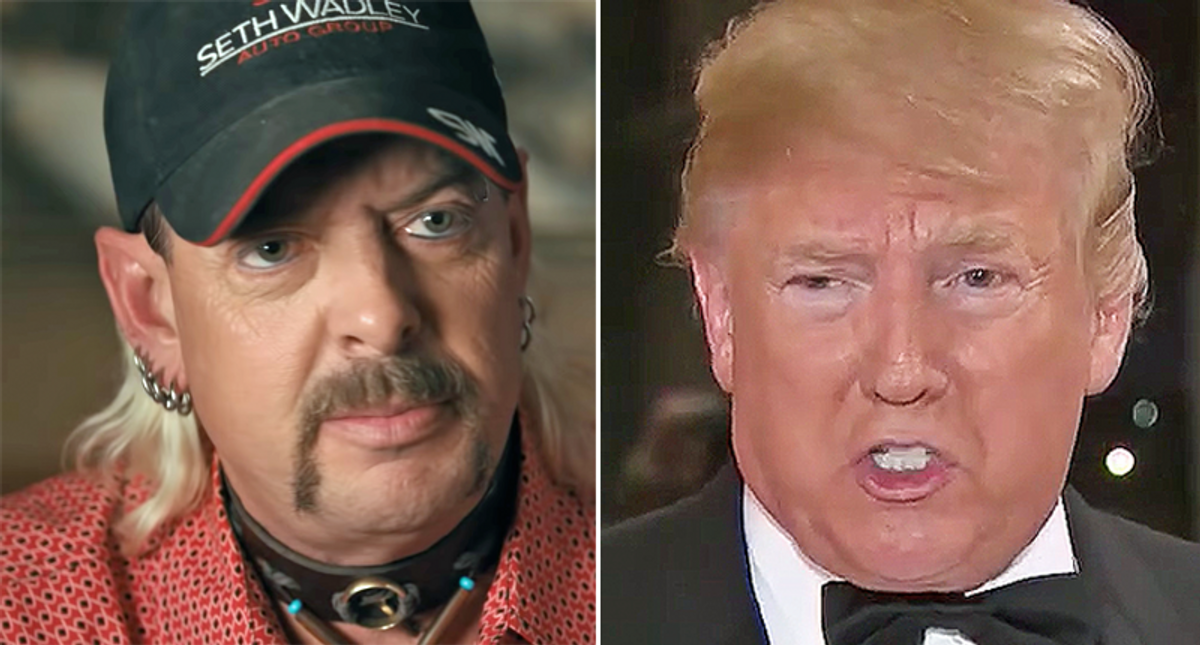 The Limo has left for the night.

The legal team told KOCO TV-5 on Monday evening that they are "absolutely confident" that they will receive a pardon from Trump.

See the images below:

This is the stretch Limo standing by at #JoeExotic Fort Worth Lawyers office. I’m told they’re waiting on a call fr… https://t.co/Cv9iA3IHAU
— Ken Molestina (@Ken Molestina)1611092122.0

I’m told this is the limousine that will be waiting to pick up Joe Exotic if he receives the pardon tomorrow. The… https://t.co/CB32qliMf9
— Perris Jones (@Perris Jones)1611021327.0