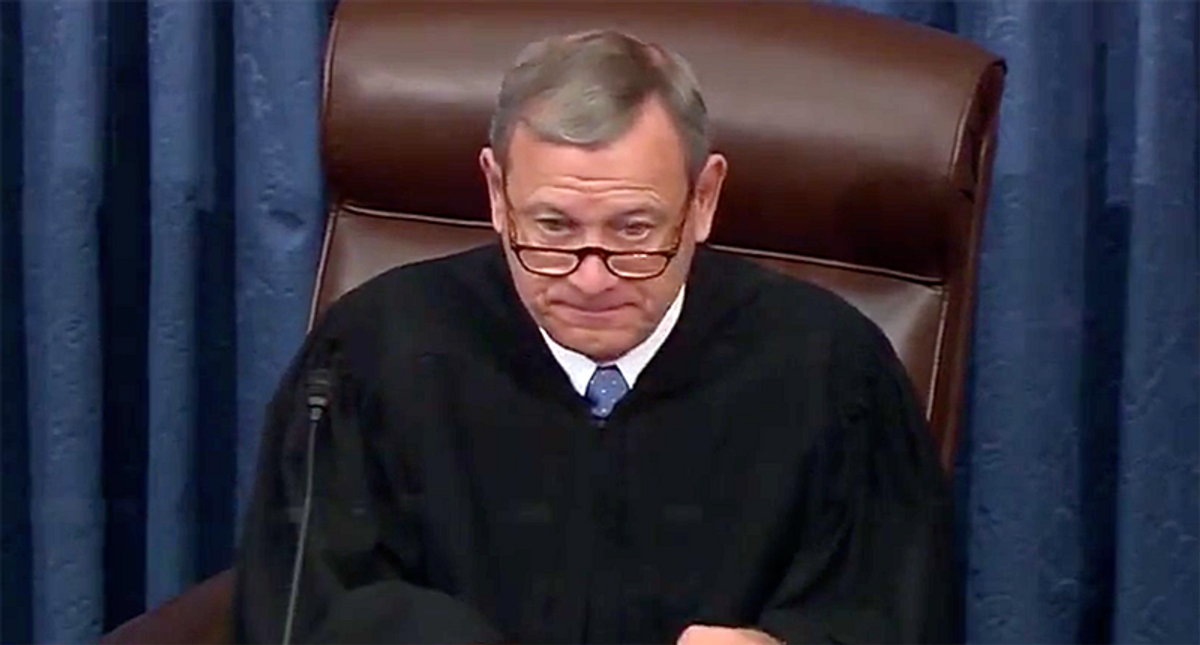 One of the key ways this is visible, noted Geidner, is in COVID-19 restrictions. The court's far-right majority has begun consistently knocking down public health restrictions on religious gatherings using First Amendment grounds, even when the restrictions are already about to end and even when they are similar to those imposed on secular businesses — in defiance of Roberts, who has consistently rejected these decisions.

Another sign of Roberts' failure is in the reality that progressive activists are done acknowledging the court's legitimacy, wrote Geidner — as seen in the new Democratic legislation that would add four seats to the body.

"After decades of judicial wars being fought on conservatives' ground and terms, there is now at least a part of this fight being held on progressives' ground and terms (a moment that has, itself, benefited from the work of advocates during the Trump era and before to change this long-term imbalance)," wrote Geidner. "That change, in turn, has consequences for the other branches of government."

"As debates over court expansion continue, they will, inevitably, include discussions of the legitimacy of the court itself. This, for Roberts, is the worst of all worlds," concluded Geidner. "Had liberals moved on such a front years ago, it likely would have backfired in a way that reinforced — or even solidified — Roberts' conservative institutionalism. Now, however, with Roberts himself even acknowledging that his conservative colleagues are at times going too far, progressives' arguments have an unexpected, if incomplete, boost from a very unexpected corner."