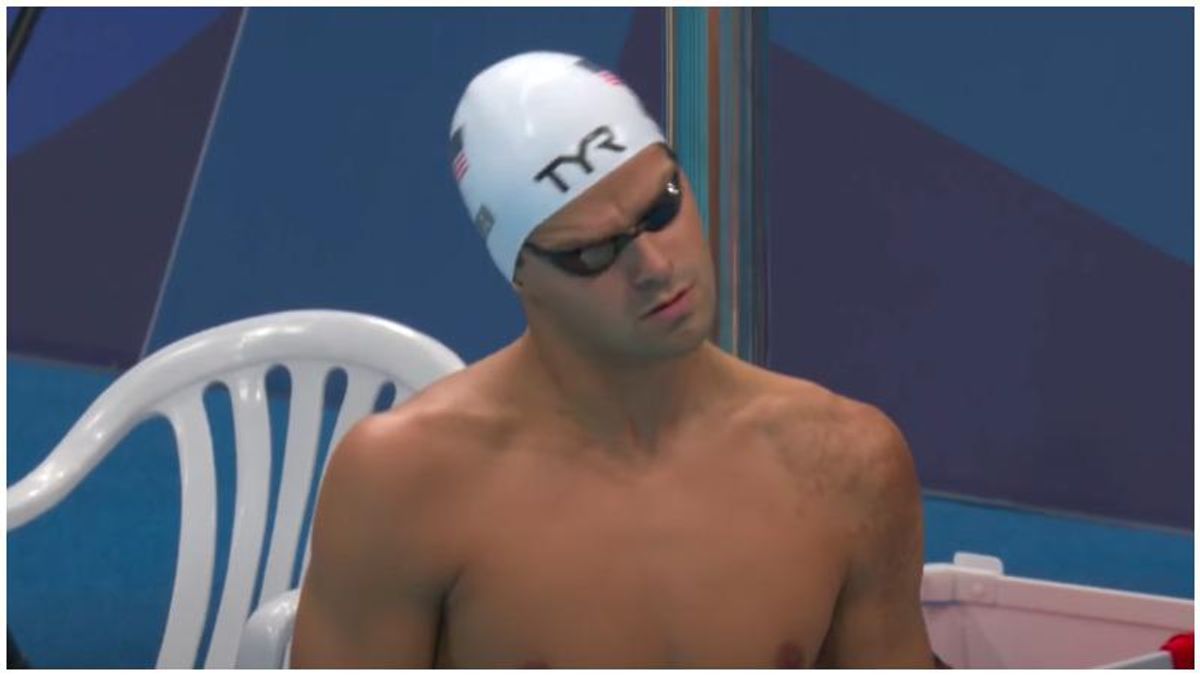 Although every U.S. swimmer has worn a mask while doing interviews with journalists at the Tokyo Aquatics Centre, the U.S. Olympic and Paralympic Committee decided to allow unvaccinated swimmer Michael Andrew to not wear a mask -- even as the city of Tokyo is in a state of emergency due to COVID-19.

When asked why he chooses not to wear a mask, Andrew said, "For me it's pretty hard to breathe in after kind of sacrificing my body in the water, so I feel like my health is a little more tied to being able to breathe than protecting what's coming out of my mouth."

"I think it's great that there's procedures, but at the end of the day, all of us here have been under quarantine and in the same testing protocol, so there's a level of safety (that's) comfortable when we're racing," he continued.

When asked again why he is the only American not wearing a mask, he said, "No reason. I'll throw it on when I'm done here, but to speak, it's difficult, probably people can hear me."

Needless to say, Andrew's antics are not winning him many fans on Twitter.

Watching @SwimmerMichael not get a medal after refusing to wear a mask or get vaccinated was the best part of the Olympics for me.
— charlotte (@charlotte) 1627633138.0

Unlike the GOP, I don’t relish in rooting against Americans at the Olympics, but learning Michael Andrew is unvaxxe… https://t.co/z4Lx8gHy7r
— Scott Six (@Scott Six) 1627646925.0

@USOPC_News If health and safety is your top concern, why is Michael andrew competing, and then not wearing a mask… https://t.co/QHhuPF01YQ
— Michael Goldman (@Michael Goldman) 1627652914.0