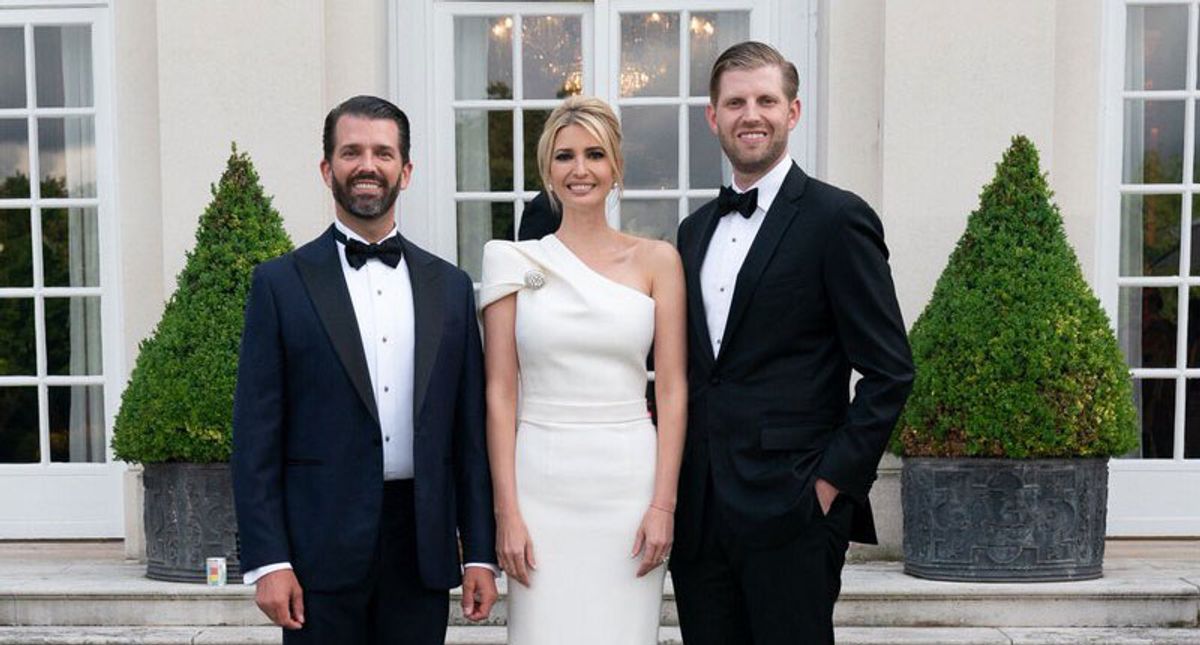 Former President Donald Trump, as an ex-president, will get secret service protection, but according to the Washington Post, so will his family and several of his top aides at the expense of the American taxpayer.

Under federal law, Trump, his wife and his minor son are all entitled to protection. In the case of young Barron Trump, he only gets protection until he turns 16-years-old under the law. So does former Vice President Mike Pence and his wife Karen, but only for the first six months after leaving office.

But Trump wanted his adult children to have their secret service protection as well. That means Ivanka Trump and Jared Kushner; Donald Trump Jr., Eric and Lara Trump; and daughter Tiffany will still have their own agents.

It's highly unusual for a former president to demand protection for such a large amount of people. In the case of former Presidents George W. Bush and Barack Obama, they asked for short extensions to protect their children.

"The perk for the Trump family is expected to cost taxpayers millions of dollars and further stress the elite federal security force, which in the past four years had to staff the largest number ever of full-time security details — up to 42 at one point, according to former senior administration officials," said the report.

In the case of Ivanka Trump and Jared Kushner, it was revealed that they refused to allow secret service agents access to a bathroom while protecting their family. In that case, taxpayers paid $3,000 a month to rent a basement apartment where they could use the bathroom.