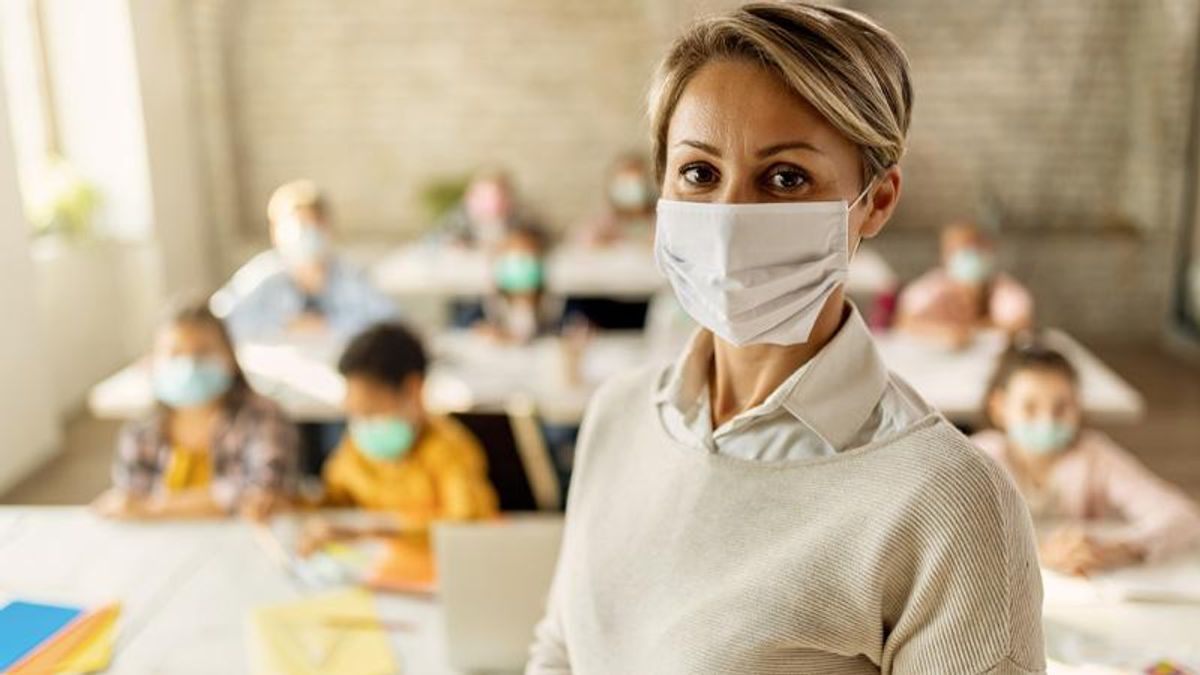 "Nowhere in the country has indoor, in-person learning resumed on such a large scale so safely," opined the New York Daily News recently. "And while much remains in allowing high-schoolers to return and letting remote K-8 families opt back in, the city's plan has all but been copied by the CDC on how to do it right."

The newspaper went on to credit Mayor Bill de Blasio and outgoing school chancellor Richard Caranza for the successful return of hundreds of thousands of kids to the classroom "essentially virus free."

The Daily News made no mention of the essential role played by the United Federation of Teachers, the Council of School Supervisors and Administrators and the tens of thousands of staff that implemented a complex and expensive plan that included mandatory testing of 20 percent of all of the staff and students in each school.

An education in COVID-19

As The City newspaper reported in May, the city was slow to close down its schools as the virus was getting traction in the community and resisted the United Federation of Teachers' (UFT) call to shift to remote learning, despite mounting evidence the pandemic was starting to take a toll.

"A review by The City of internal emails and interviews with teachers uncovered a pattern of Department of Education officials playing down the threat of COVID-19 in the days before the schools shuttered, during the week teachers were required to come in for training, and even after the start of remote learning," the outlet reported.

What's not well understood outside of the New York City metro market was this "national example" cited by the Daily News was the product of behind-the scenes intense negotiations between union members, their unions and city officials that were forced to scrutinize everything, including existing cleaning protocols and deficient ventilation systems.

All too often the corporate news media's pandemic coverage depicts essential workers like teachers as brave public servants who fall prey to the virus. Such a one-dimensional rendering of them — as victims without agency — ignores the role they and their unions are playing in stopping the spread of the killer virus while resuming essential functions of society like public education.

In fact, all too often the teacher unions have been cast as obstructionists who are only acting in their narrow self-interest.

COVID-19 has hit educators and school support staff hard. For them, the risks of contracting the virus are very real and deadly, and pose a danger to their entire extended family. In insisting on stringent protocols for returning to in-person instruction they are indeed acting in the broader public interest.

No one knows how many have already died nor how many family members teachers and staff may have infected.

There's an essential backstory to the New York City collaboration between the unions and the de Blasio administration that goes back to the tragic lesson learned by the UFT in the aftermath of the 9/11 WTC attack. The teachers' union went along with Mayor Giuliani's push to repopulate 29 schools in lower Manhattan and western Brooklyn that turned out to be in the hot zone for the killer ambient air that the Bush administration's EPA had falsely claimed was "safe to breathe" to ensure that Wall Street got up and running.

At least 1,000 Teachers and support personnel with the Department of Education and thousands of their former students were exposed to the toxic contamination generated in lower Manhattan by the 9/11 attack and the months of clean-up that followed at the World Trade Center site, the union's top occupational expert testified before the New York City Council back in December of 2018.

Ellie Engler, the union's top industrial hygienist at the time of the attack, testified about the role she played, along with city officials, in signing off on repopulating the schools. Years later, she learned that she, like so many others, had contracted a WTC-linked cancer.

"It took years before any of us made a connection and understood the breadth of the health crisis that would befall many," she testified. "Only as first-responders started getting sick, with unusual cancers and multiple respiratory problems, did the real impact become public. The message had not hit home."

She continued. "We were part of clean-up efforts and, along with thousands of Teachers, city workers, students and residents, walked to and from school breathing air that Federal officials only years later acknowledged was not safe. As the years passed, the UFT began hearing from staff who worked in lower Manhattan schools who were now getting sick."

Ms. Engler disclosed at the hearing that among the three employees of the UFT's Health and Safety Department, two, including herself, subsequently were diagnosed with WTC-linked cancers.

The rush to "normal" was costly. And the teachers and students were not alone. Almost twenty years after 9/11, more people have died from their WTC exposure than perished on the day of the attack. Over 60,000 people are enrolled in the WTC Health Program, with one or more cancers or other certified conditions.

"The UFT has a long history of protecting educators and students from potential health dangers where they work and learn," Michael Mulgrew, president of the United Federation of Teachers, said in response to a Salon query. "We advocated for school communities during the asbestos crisis in the '90s. We fought for educators, students and residents of Lower Manhattan in the wake of the 9/11 health crisis."

Mulgrew continued. "We relied on those experiences, and the long-standing relationships we developed with medical experts, to craft the health and safety protocols, and testing and tracing requirements, during the COVID pandemic. With these guidelines in place, we were able to safely open New York City public schools. We knew from experience that educators would have to demand these safeguards. They weren't going to happen otherwise."

Setting precedents as you go

In New York City it was not just the teachers' union challenging the city, but activist union members willing to challenge both sides. Should teachers be expected to just "suck it up" and risk returning to the classroom without vaccines, just so the market economy can get back up and running? Logically, teachers challenged school administrators, as well as local and state elected officials, on what seemed like expedience.

"If we did not agree to it, we would be placed on unpaid leave, so this led me to a number of questions—the first one being, 'is my specimen protected? Is it guaranteed that my specimen will be destroyed?'" Kane recalled. For a month, Kane and his colleagues were ignored, until the group hired noted civil rights attorney Michael Sussman. Sussman petitioned the city for answers, and when officials weren't sufficiently forthcoming, sued the city.

Ultimately, the city agreed to guarantee the destruction of the specimens after they were evaluated for COVID, ensuring the testing company could not build out their genetic library with the specimens from the mandatory testing.

"In maintaining safety, there are going to be some civil liberties that are going to be sacrificed to a certain extent, but they just can't be thrown out the window and just not cared about at all," said Kane whose group opposes mandatory vaccine but believes that teachers who want the vaccine before they are ordered back into the classroom should get it. "I believe teachers should have access and I understand people saying they want access to it before they go back into the classroom,

Government officials' public health guidance has changed repeatedly during the pandemic, which hasn't helped give clarity to teachers. Rather, it has heightened an anxious situation.

When Dr. Anthony Fauci appeared Feb. 21 on NBC's Meet the Press, Chuck Todd asked him what level of risk an unvaccinated teacher was taking right now by going back into the classroom for in person instruction.

When Todd pressed him to say if he would be "comfortable" going into a school as a teacher, Dr. Fauci said he "understood the concern that people have." He noted that his daughter was teaching in a classroom "in a city far from Washington, DC" where he and his wife live.

Teachers deserve more definitive answers. Their unions must press for them, and members have to be engaged enough to hold their unions and elected officials accountable.