Ted Cruz has no shame about being associated with an 'extremist' right-wing group: report 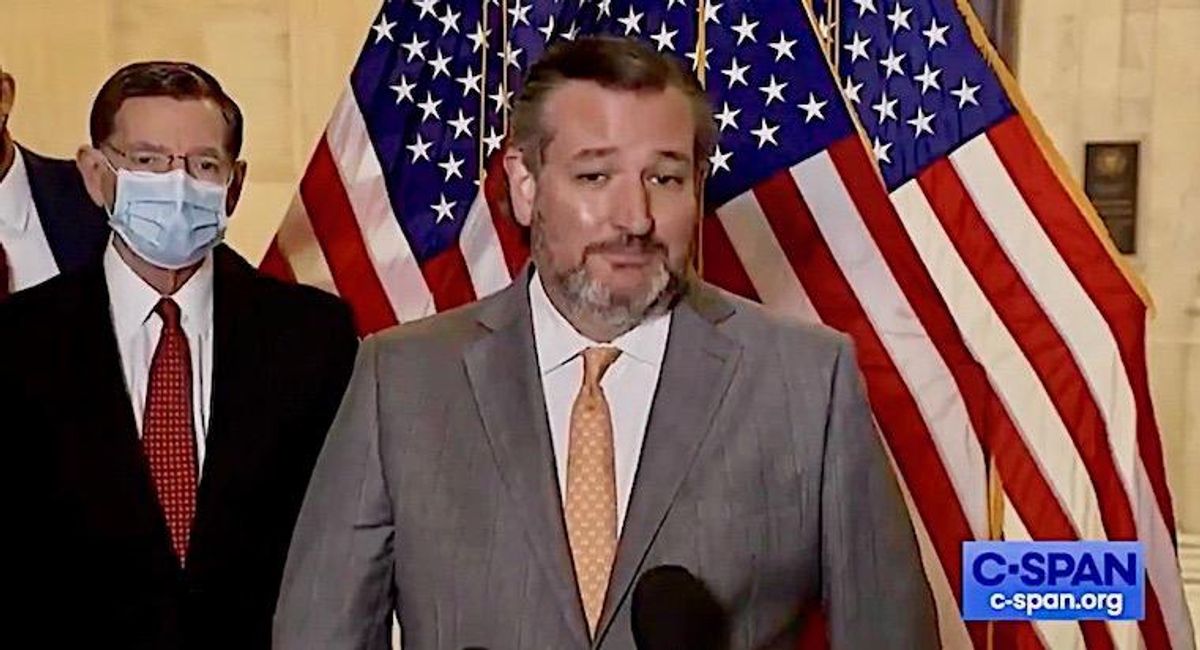 Sen. Ted Cruz's (R-Texas) ties to a right-wing extremist organization are resurfacing again amid a review of the group's activities and social media presence.

According to The Washington Post, a review of the True Texas Project's online activities indicates that Cruz has continued to support the group "even as its nativist rhetoric and divisive tactics have alienated some other conservative elected officials."

Back in 2019, Cruz posted a clip on social media congratulating the organization on its 10th anniversary. Prior to the presidential election, a past photo of Cruz holding up a True Texas Project shirt began circulating again.

Most recently, Cruz's father, who is often a political advocate for his son, also spoke at one of the group's meetings not long after the insurrection on the U.S. Capitol. At that time, the group was focused on defending former President Donald Trump's arguments suggesting the election was stolen from him.

"The Senator is not aware of every tweet, post, or comment of activists in the state of Texas," the spokeswoman, Erin Perrine, said in a statement. "If you want to know what he thinks on any issue — feel free to look at his decades-long record. Sen. Cruz is unequivocal in his denunciation of any form of racism, hatred, or bigotry."

While many people see Cruz's affiliation with the organization as potentially damaging to his career, James Riddlesperger, a political science professor at Texas Christian University, insists the Republican lawmaker may have "'turned a blind eye' to the group's most extreme rhetoric." However, he also explained why it may not be a downside for the Texas lawmaker considering the beliefs of the Republican base.

"From a political standpoint, there probably isn't a downside for him supporting this group because they represent a large segment of the Republican Party in Texas," he said. "So Cruz sees no downside, but he does see the upside because they have organization and can bring votes."