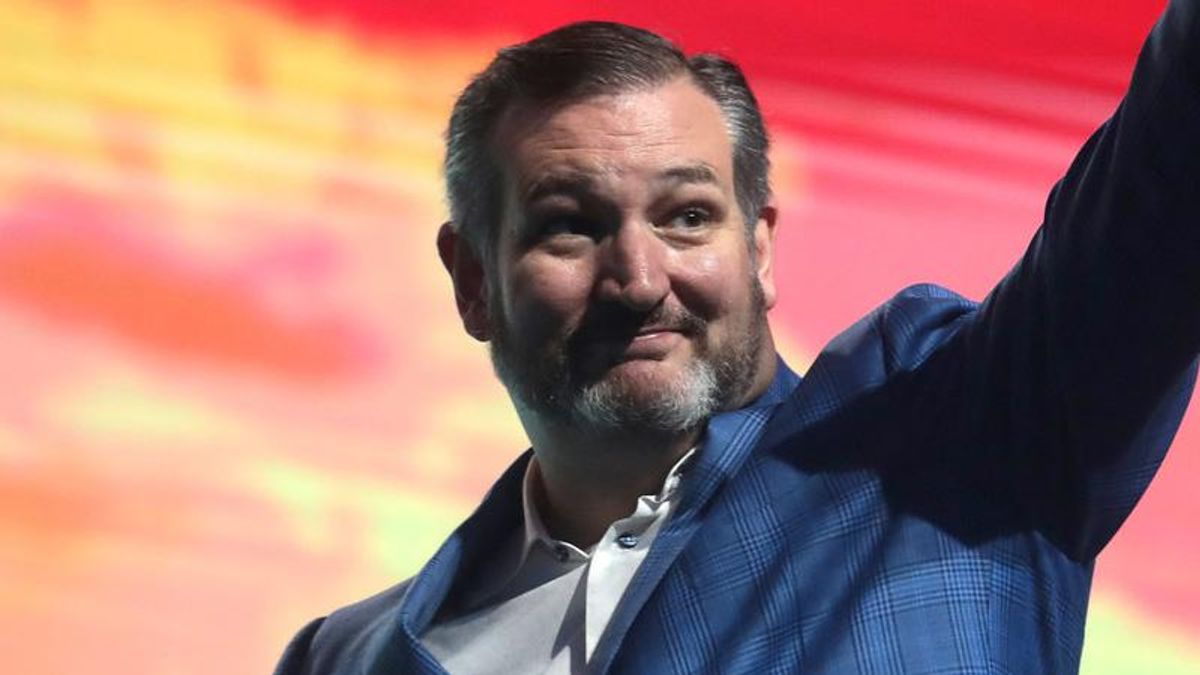 On CNN Tuesday, anchor Chris Cuomo tore into Sen. Ted Cruz (R-TX) for his attack on the For the People Act, the Democrats' comprehensive voting rights and ethics reform bill which began debate in Senate committee this week.

Cuomo started off by noting that the wave of state voting restrictions this bill would strike down hurt Republican voters as well as Democratic ones.

"These are not about color, these laws," said Cuomo. "Just like Jim Crow. They weren't explicitly about color. They were color neutral. But class catches you just the same. And you guys, white and Black, are going to be on long lines. Long lines. With fewer people and less time to exercise your right to fight for anything better in your life. You're going to be put in the back of the line again. And in the party of Trump, defending a move like this means doing what they do most and best. Lie. Like Trump's main minion did today. Listen to this."

"Those Jim Crow laws were drafted by Democrats," said Cruz in the clip from the committee hearing. "They were implemented by Democrats. And they kept Democrats in power. This legislation, to use a phrase that has been popularized on the media recently, is Jim Crow 2.0."

"This man is proof that politics makes you stupid," said Cuomo. "This is a debate champion, Ivy League twice over. And that is one of the stupidest arguments I could imagine. He's right, they were Democrats. You know what they also were? Bigots. That's what they were. And you know who now owns that mantle? He does. Because he stands for laws that are nothing but discriminatory based on class, face, and place. Jim Crow laws were aimed at making it nearly impossible for Black Americans to vote, without ever mentioning color. The remedy is sitting in the House and the Senate: the For the People Act."