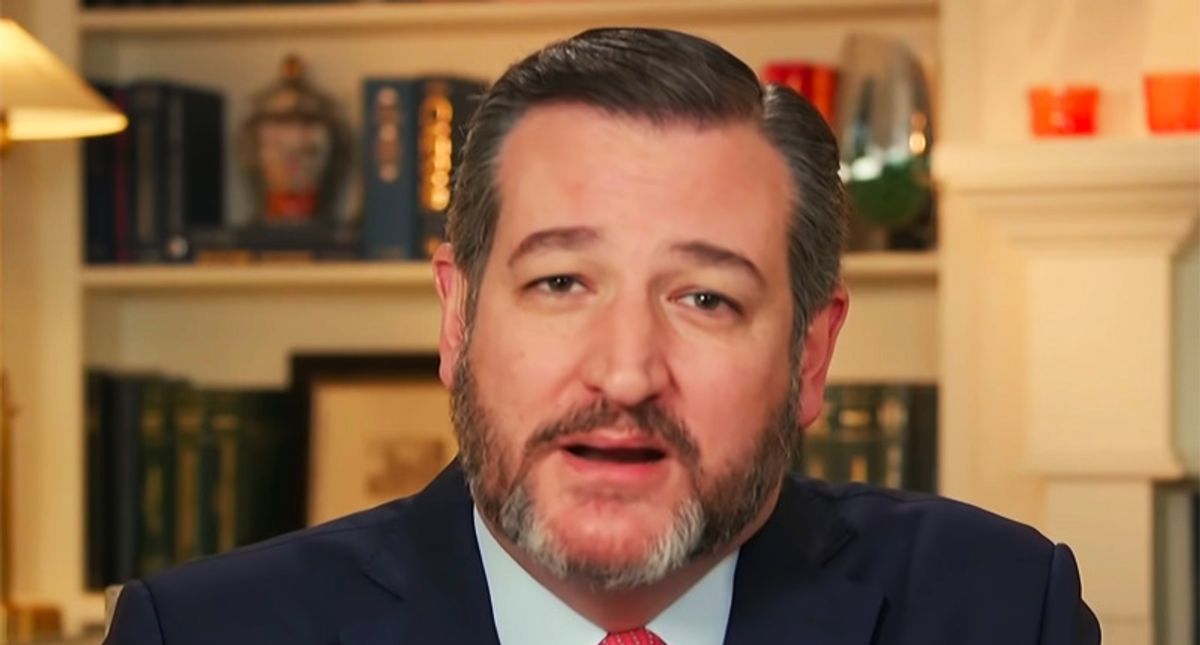 Really American PAC, a group that usually specializes in digital outreach, has expanded into billboards after Facebook temporarily pulled the plug on political advertising. They were behind a series of billboards in rural parts of Georgia that sought to suppress Republican turnout in the runoffs that decided control of the Senate, bearing the message, "Perdue/Loeffler Didn't Deliver For Trump, Don't Deliver For Them."

Fresh off his role in encouraging the riots at the U.S. Capitol in January, Cruz has become a focus of national controversy after jetting off to a Ritz-Carlton resort in Cancún, Mexico during a catastrophic winter storm in Texas that left dozens dead, millions without power or water, and families burning furniture to stay warm.

He initially tried to blame the whole thing on his daughters. Ultimately, he admitted the trip was a mistake, but he still joked about it at the annual Conservative Political Action Conference in Orlando, Florida.