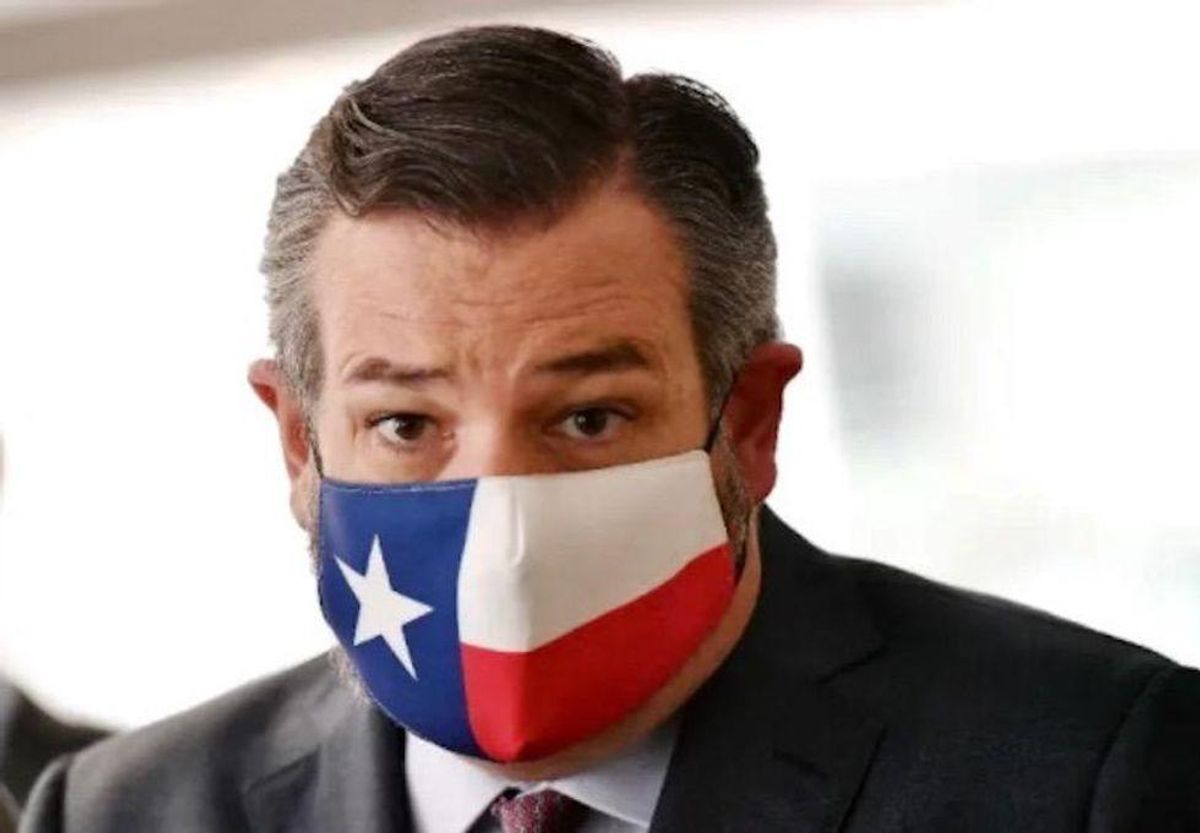 The senator was defiant about the vacation as he shared a tweet promoting "awesome" trips to Cancun on Tuesday.

But commenters quickly pointed out that many suffered as a result of the deadly winter storm.

"A child froze to death," one person replied, referring to an 11-year-old boy who died in a freezing mobile home.

"Don't think your constituents find your sense of humor appealing after you abandoned them in a time of crisis," another commenter agreed.

Next time a crisis hits Houston, you can get out of town even cheaper!
— Les Matthews (@lesmatthews) May 18, 2021

I'd refrain on commenting on trips to Cancun if I were you pic.twitter.com/shQW0TOGcI
— half-vaccinated Lee 🇨🇦 (@kwalls2003) May 18, 2021

The people of your state were in dire straits when you willfully abandoned them.

The fact that you are joking about it confirms that you have no regrets.

Abandoning your constituents as punch line. How Ted Cruz.
— Fielding (@FieldingFishly) May 18, 2021

Making jokes about how you abandoned your state leading to a child freezing to death does not make it ok.
— Meidas_Brandy Miller (@brandyleah1) May 18, 2021