Televangelist guest: COVID tests are a plot to gather DNA samples for a bio-weapon to turn Americans into zombies 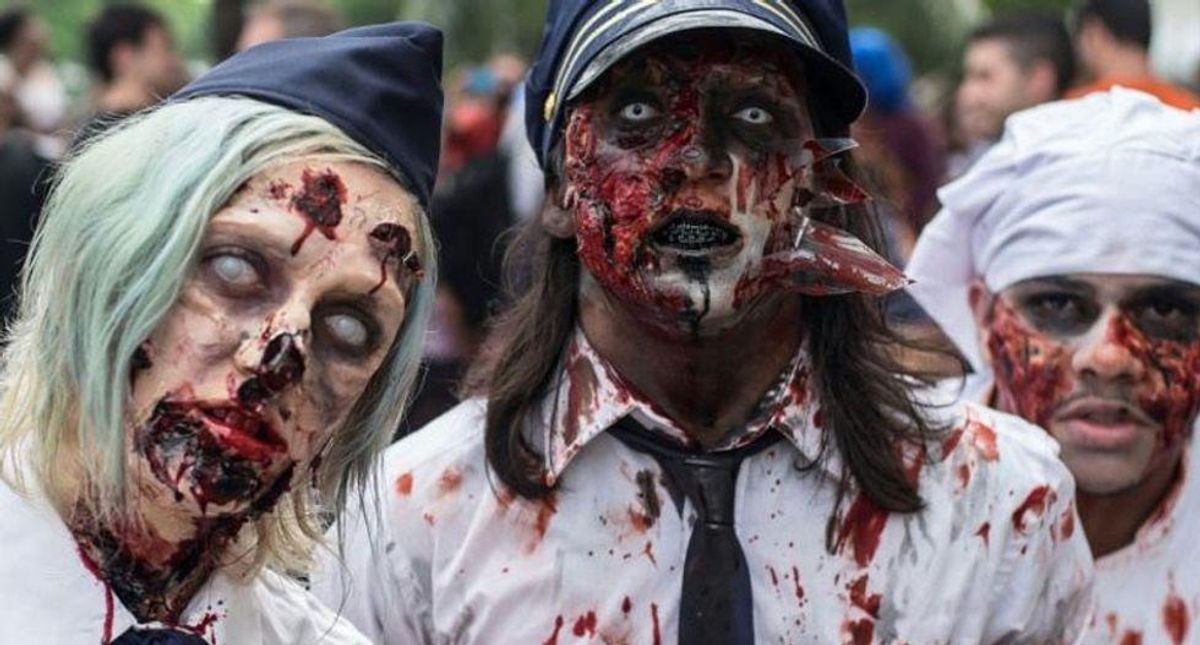 On Tuesday, Right Wing Watch flagged a segment on televangelist Jim Bakker's show in which a Steve Quayle, a far-right conspiracy theorist, suggested COVID-19 nasal swabs are a government plot to collect DNA to turn Americans into a Satanic army of the undead.

"Zombies that are on the earth are a disease like any other disease, that affects people, and they become like zombies," said Bakker. "Is that right?"

"Forgive me, but that's only part of the story," said Quayle. "Zombies also have the evil spiritual entity known as demon possession, okay? Because there is no rationale with a zombie. The best way to explain zombies' bloodlust is this: the appetite of demons expressed through humans. It should be astonishing to people that the richest people in the world — not all of them, but some of them — are into occult ceremonies where they have to drink blood that's extracted from a tortured child."

Quayle went on to say that "they can induce zombieism" and that "The whole subject of zombies could be just boiled down at one end to a genetically modified human that is no longer human on the level that you and I or a living being is."