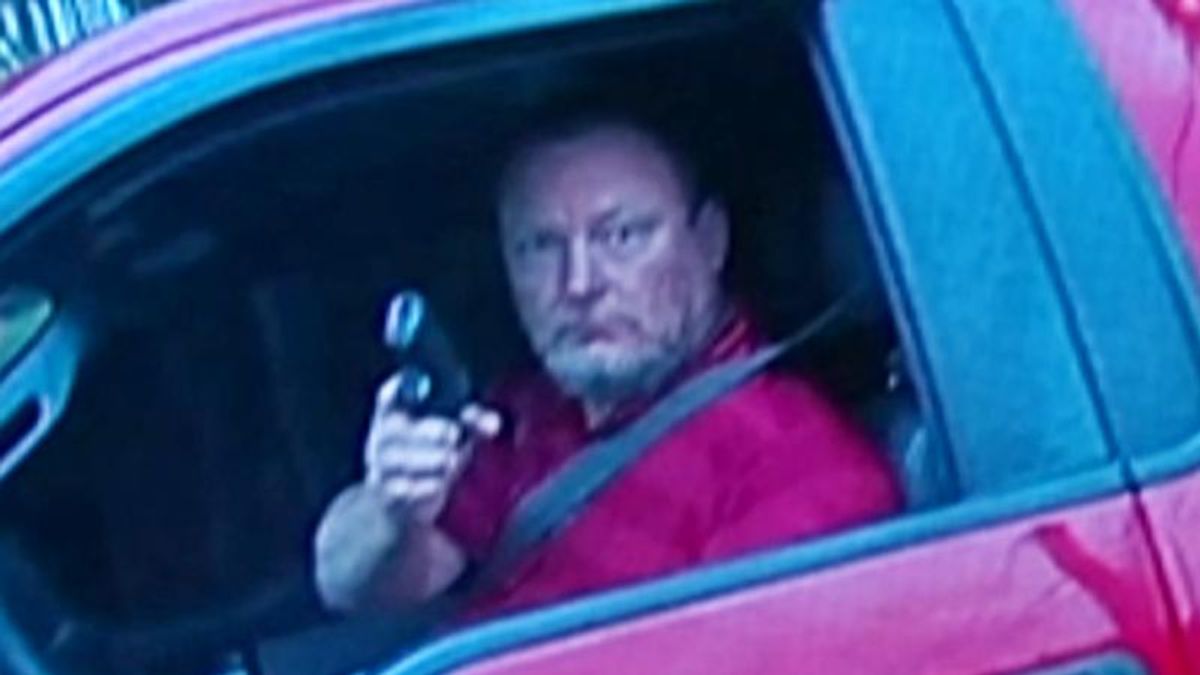 Terry Allen Nations, 49, of Flinstone, Georgia, was arrested on Thursday on a charge of Aggravated Assault that took place during a road rage incident, WRCBTV reports.

According to Adrienne Cooper, Nations was tailgating her as she was driving home on Tuesday. Her attorney says she got out of her vehicle "given the threatening situation she felt she was in" to take a picture of Nations' license plate. Nations then pulled out a handgun and pointed it at Cooper and she snapped a picture. She later called police.

While she was being interviewed by police, Cooper says an officer was being "flippant" with her regarding the situation. Body cam footage of Cooper's interaction with police shared by the Chattanooga Police Department shows the officer asking Cooper why she didn't call 9-11 immediately when the incident took place. Cooper explained that she dialed a "non-emergency" number after she was safe.

"So, you felt like you were safe while having the gun pulled at you?" the officer asks in the video. Cooper then clarified that she meant that she felt safe after she left and called the non-emergency line after she left the scene.

According to a Facebook post on May 12, Cooper signaled that she filed a complaint about the "flippant" officer.

"I hope Chattanooga Police Department will actually investigate this situation as much as they care about trying to squash my complaint against their flippant responding officer," she wrote. "You can try to publically (sic) shame me for sharing my experience and opinion of your officer's response, but you still haven't made an arrest of the subject. This is exactly why the community is calling for an oversight board."

In a Facebook post, the Chattanooga Police Department said they "did not find that the officer was rude or disrespectful to the complainant."

"We did find that it was not clear or maybe some confusion as to where the 'road rage' incident began, but that was made clear by the end of taking the report," the Department said.