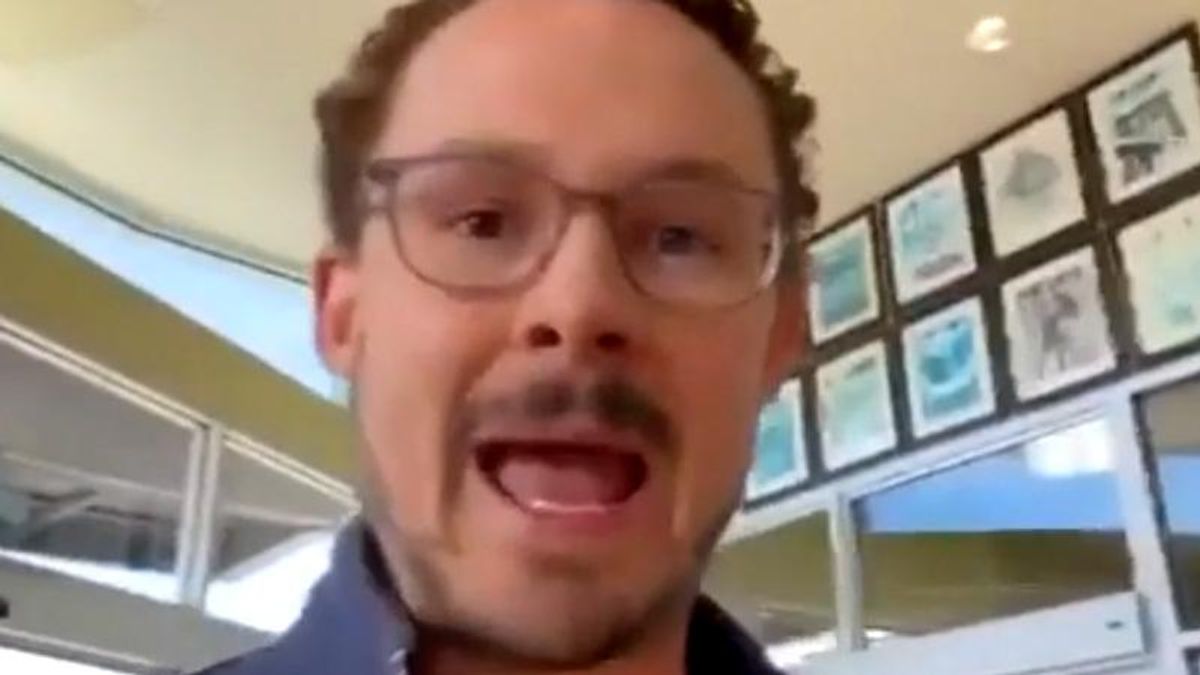 "You're violating the law," the man claims in the video. "You're harassing me and discriminating against me because of my disability. You understand that? Do you understand the Americans with Disabilities Act?"

The anti-masker tells a Trader Joe's staff member that she was "reprehensible" for trying to enforce the store's mask policy, comparing her behavior to racism.

The man also accuses Trader Joe's of "holding him hostage" by not allowing him into the building, before walking into the store.

"I am so offended by this," he says after being confronted inside the building. "This is America at the end of the day."