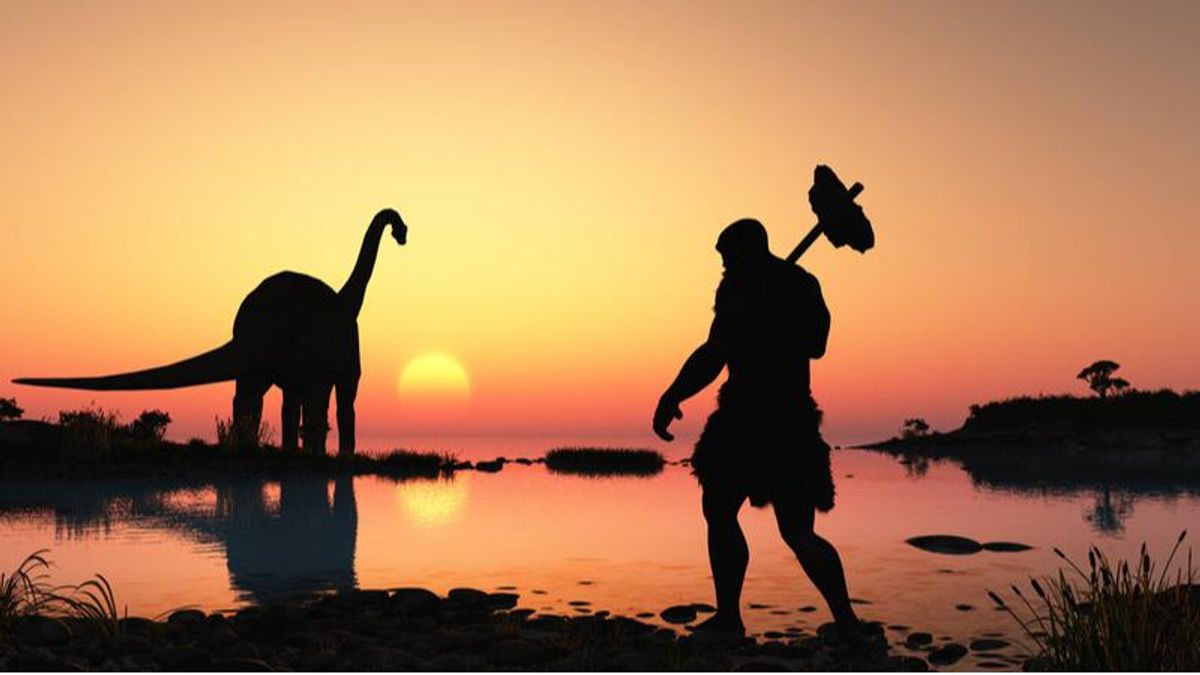 The Executive Director of the local chapter of Meals on Wheels published an op-ed in an newspaper based in Orange, Texas, this Saturday saying that while she believes that dinosaurs once roamed the earth, they didn't roam the earth "140 million years ago like scientists claim."

"I recently watched a video on dinosaurs, and a school teacher of Science was the one sharing the facts," Karen Y. Stevens writes in The Orange Leader. "But this Science teacher got it right. He stated that dinosaurs waked (sic) the earth with man. How else would they know what pictures to draw on cave walls that look exactly like dinosaurs? They have found drawings of Woolly Mammoths, Triceratops and men, drawn together fighting."

As the Friendly Atheist's Hemant Mehta points out, The Smithsonian Magazine debunked this long-standing Creationist talking point more than a decade ago. The alleged "science" teacher's interpretations of cave drawings are known as a phenomenon called pareidolia — seeing what we believe to be a relevant shape or pattern when it isn't really there.

Stevens goes on to repeat this phenomenon in her op-ed, claiming that images of dinosaurs appeared in Babylonian art from 600 B.C.

"The animals appear in alternating rows with lions, fierce bulls, and curious long-necked dragons (Sirrush)," Stevens writes. "The lions and bulls would have been present at that time in the Middle East, but on what creature did the ancient Babylonians model the dragon?"

According to Mehta, it's not hard to point out the errors in Steven's thinking. "No one at the newspaper did it. No one in Stevens' life did it. She's just extremely confident about her ignorance and no one seems to have the heart to tell her she's an idiot. It's sad, really."