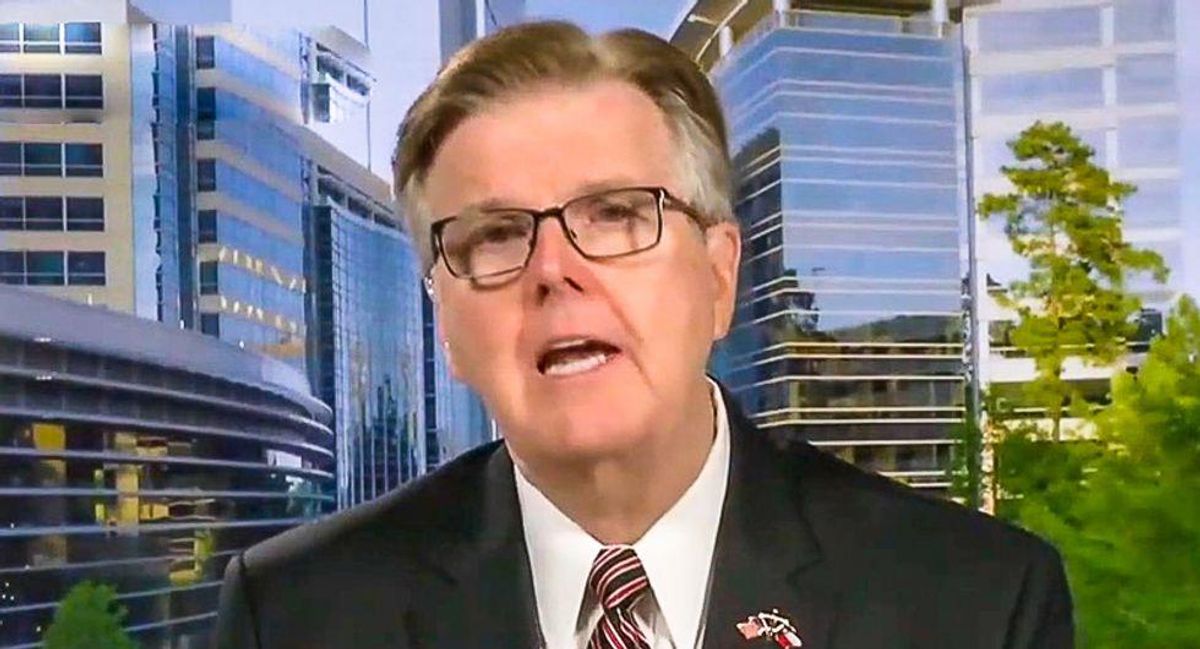 "Well, Laura," Patrick said to Fox News personality Laura Ingraham, "The COVID is spreading, particularly — most of the numbers are with the unvaccinated."

"And the Democrats like to blame Republicans on that, well, the biggest group in most states are African Americans who have not been vaccinated. Last time I checked, more than 90% of them vote for Democrats in their major cities and major counties," he said, hinting at why Texas Republicans are pursuing voter suppression bills.

He argued it was "up to the Democrats" despite the state of Texas being controlled by Republicans.