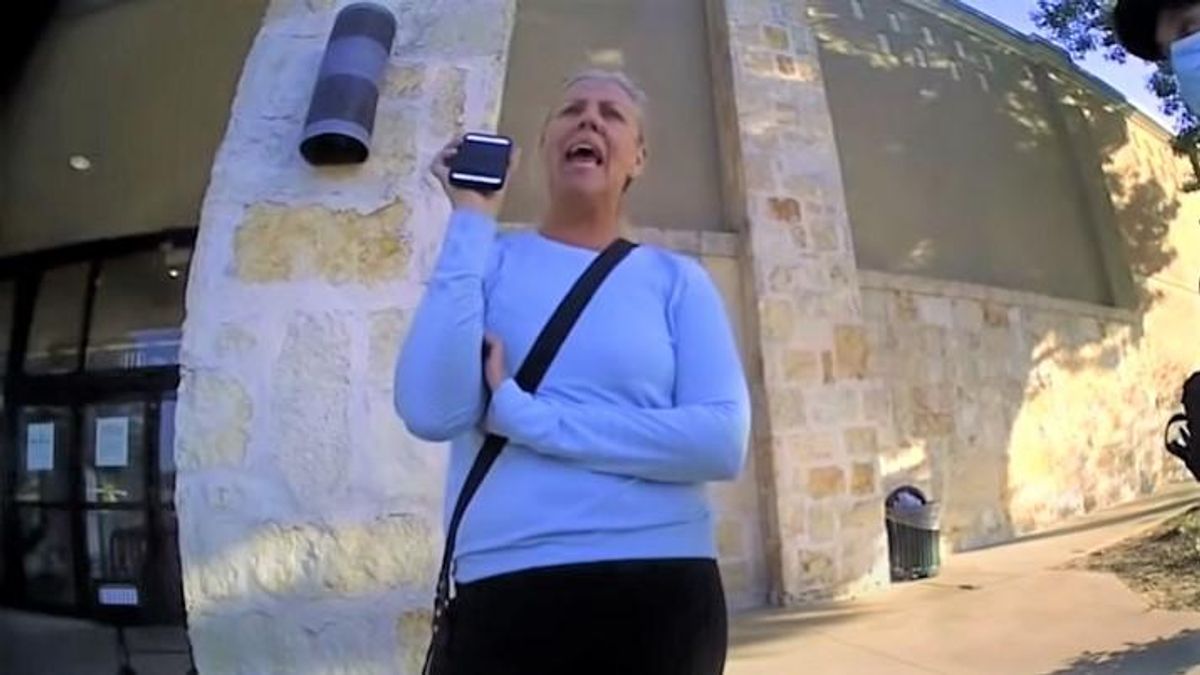 Witnesses told police that Bell "shoved an employee before forcing her way into a dressing room where she proceeded to call the Nordstrom Rack corporate office" to complain about her treatment, KVUE reports.

Body camera video taken by Sunset Valley police shows Bell reacted with hostility to being questioned and said that her religious faith meant she didn't have to comply with public health regulations.

"I am a Christian woman of God!" she ranted. "And you are not going to put your disgusting rules on me that are false and not true. I will not have it. You understand that?"

Bell also claimed that mask mandates were a plot to "bully" her.