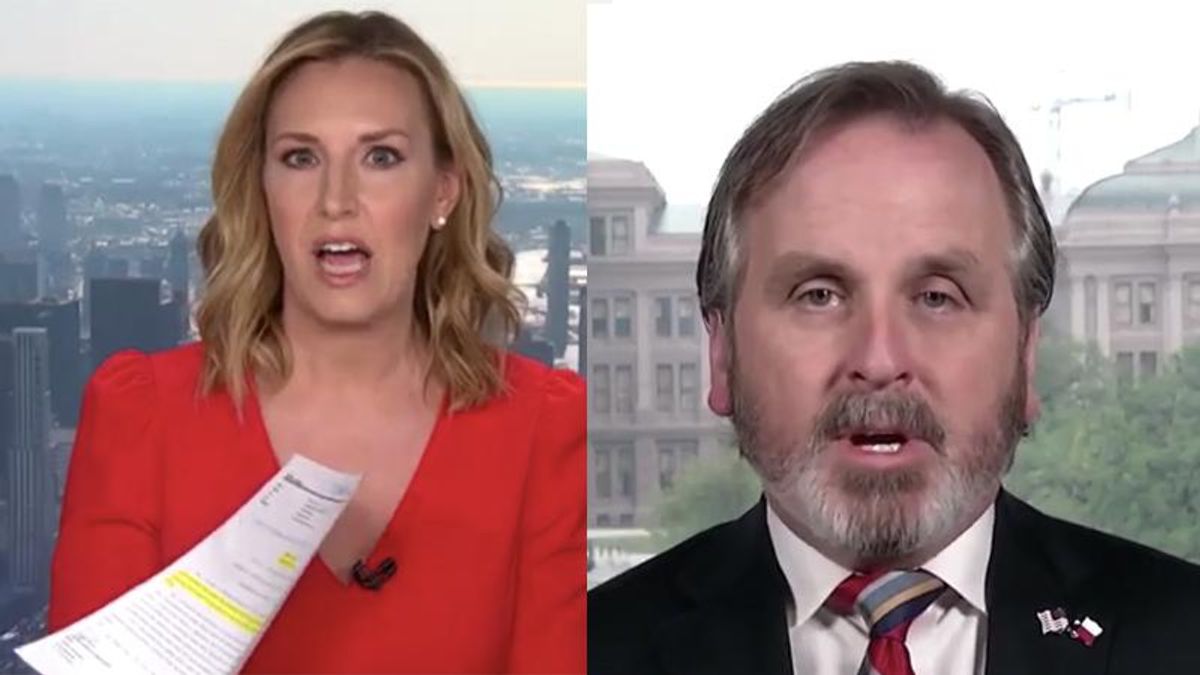 On CNN Monday, anchor Poppy Harlow confronted Republican Texas state Sen. Bryan Hughes for pushing a bill that would restrict voting in his state — despite his repeated and fervent denials that it would do any such thing.

"You say this bill is necessary, because it, in your words, makes it harder to cheat," said Harlow. "But after 22,000 hours of digging, the Texas attorney general, Republican Ken Paxton, who endorsed you, didn't find a single case of voter fraud in your entire county in 2020. So why did you even write this bill?"

"I can tell you about an ongoing investigation today in my district, East Texas, arising from the 2018 election cycle ... it's based on mail ballot fraud," said Hughes.

"Just to be clear, are you not disputing the fact that, again, the attorney general in Texas didn't find a single count of voter fraud?" said Harlow. "In fact, he only found 16 minor cases across the entire state. You say this bill makes it easier to vote. Those are your words. It strains credulity, because it limits voting hours early from 24 hours to 6:00 a.m. to 9:00 p.m. maximum, totally bans ballot drop boxes, and also completely bans drive-by voting. How does that make it easier to vote?"

"Drive-through voting has never been allowed in Texas. It's not in the election code," said Hughes, even as he acknowledged that it had been used in Houston last year as a COVID-19 safety precaution. "There is no secret ballot, no security. We want a secret ballot people can trust."

"A secret ballot is fundamental to American democracy. You are right on that front," said Harlow. "So I wonder why your bill gives partisan poll watchers the right to video record people who are seeking assistance in trying to vote, that could mean people who are struggling with the English language and need clarification on something. People who are disabled and need help clarifying something. They can actually be video recorded now by poll watchers in your state."

The argument continued for several minutes, with Hughes continuing to dodge and deflect the question of why the bill is necessary and why it would not make voting more difficult.