Taking to Fox News, Abbott complained falsely that Biden was spreading COVID because he is letting immigrants come flooding over the border. The logic prompted many to question Abbott, who reopened the state where thousands more are testing positive each day all over the state.

I understand this is a tit-for-tat partisan fight, but worth noting the irrationality of declaring that Covid is no… https://t.co/MyXvLdfs0Q
— Mike Hixenbaugh (@Mike Hixenbaugh) 1614869426.0

If Abbott was correct that migrants were causing COVID in south Texas, the infections would be in South Texas. Instead, the spikes are coming from metropolitan areas like Dallas, Houston, San Antonio and in parts of the panhandle. 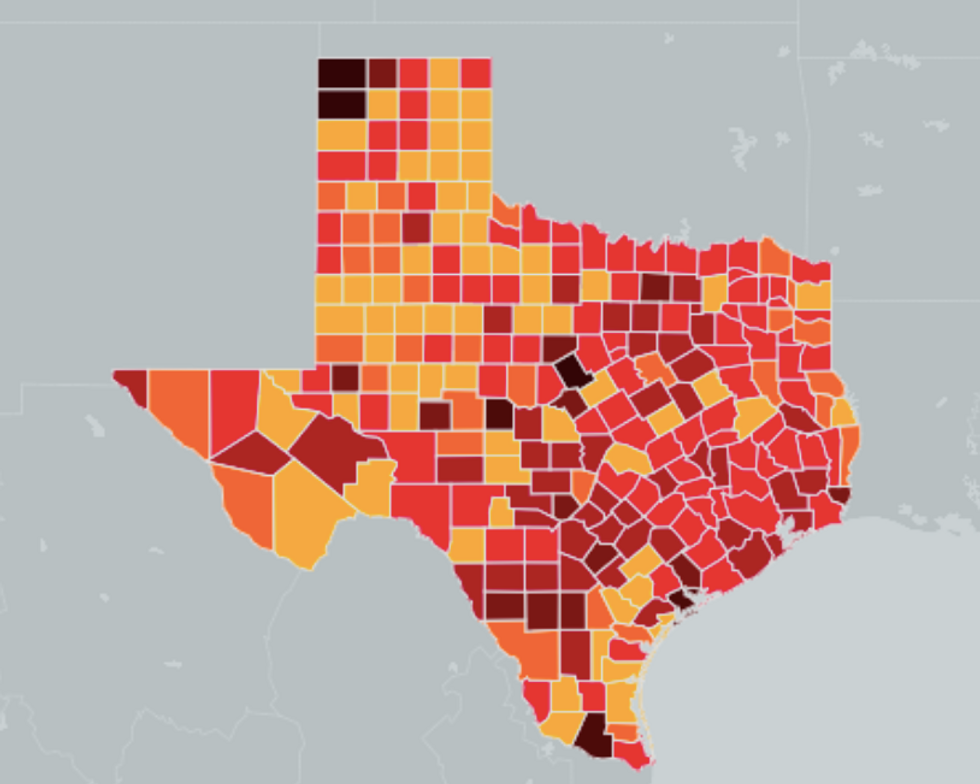 The absurdity caused many to flock to Twitter blaming Abbott for trying to distract from his own failings and blame others for irresponsible leadership.

Meanwhile, Texas might be open, but Abbott hasn't reopened tours to the Governor's Mansion.

See their comments below:

Not a lot of subtlety re how @GregAbbott_TX is running: blame power failures on renewables, COVID on undocumented,… https://t.co/7yUg3mpidz
— Ronald Brownstein (@Ronald Brownstein) 1614870469.0

After removing the limited safeguards Texas had in place to mitigate the spread of COVID by getting rid of mask man… https://t.co/QWyGQo85oh
— Matt Rogers 🗳 (@Matt Rogers 🗳) 1614867866.0

Opinion | @kavitapmd: Gov. Abbott has purposefully injected a new infection in Texas in the form of irresponsible p… https://t.co/YSO74zwGBr
— The ReidOut (@The ReidOut) 1614863464.0

Imagine being offended by "neanderthal" when Trump was calling women horseface from the oval office, Republicans are too funny.
— Alex Cole (@Alex Cole) 1614871710.0

The GOP playbook: Blame undocumented migrants regardless of the facts. The real threat to Texans is @GregAbbott_TX https://t.co/7X30nnoa5Q
— Mark Elliott (@Mark Elliott) 1614870611.0

I agree there's no room for neanderthal thinking. I stand with President Joe Biden. Who's with me?
— Angela Belcamino (@Angela Belcamino) 1614814029.0

@Myrmecos I think one needs a conscience to resign. Unfortunately, Abbott doesn't seem to have any
— Zenith Tandukar (@Zenith Tandukar) 1614870455.0