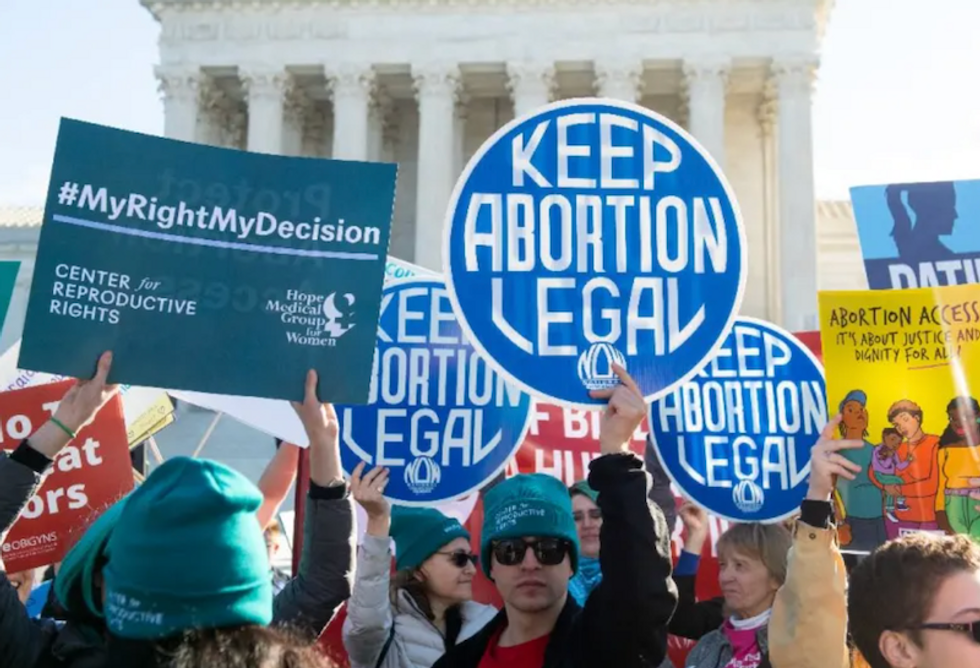 A new law limiting the use of abortion-inducing medication in Texas goes into effect Thursday.

Medical abortion is the most common way women in Texas terminate their pregnancies, according to state data.

These new restrictions reflect a growing concern among abortion opponents about the rise of “self-managed” abortions, in which pregnant people obtain the medications from out-of-state or international providers, with or without a prescription.

There’s evidence that more women turn to self-managed abortions when legal abortion is restricted. Texans have been unable to access abortions after about six weeks of pregnancy since Sept. 1, when a controversial new ban went into effect.

“Texas is looking at the ways that people are navigating around restrictions and trying to essentially make that as unsafe and as frightening for people as possible in order to deter them,” said Farah Diaz-Tello, senior legal counsel for If/When/How, a reproductive justice legal group.

Diaz-Tello and other advocates worry that the new criminal penalties may make pregnant Texans fearful of seeking medical care after a self-managed abortion.

What is a medical abortion?

For a medical abortion, a pregnant patient takes two different medications, 24 to 48 hours apart, to induce an abortion.

The U.S. Food and Drug Administration has determined that a pregnant person can use these medications up to 70 days after their last menstrual cycle — or roughly in the first 10 weeks of pregnancy. But the FDA requires that the drug be dispensed directly from a health care provider, rather than at a pharmacy.

Even before this new law, Texas already had imposed additional restrictions on accessing abortion medication. Texas is one of at least 19 states that restricts patients from using an online doctor visit to get abortion-inducing medications, according to The Kaiser Family Foundation. Instead, the state requires these medications to be prescribed in-person by a doctor.

In this new law, Texas lists 27 different potential complications as a result of using this two-drug regimen, ranging from incomplete abortion to death of the patient to complications with future pregnancies.

However, while there is some risk with any medical procedure, multiple long-term studies have shown that medical abortion is highly effective at terminating a pregnancy and few patients experience significant side effects.

According to Texas Department of Health and Human Services data, medical abortion was the most common abortion method in Texas, accounting for 53 percent of all terminated pregnancies in 2020.

Abortion proponents say patients choose medical abortions for a range of reasons, including that it’s less invasive than a surgical procedure. Patients can also take the second medication, which can induce miscarriage-like symptoms, wherever it’s safest for them to do so.

“Medication abortion really allows people the control to find the setting and the timing that works best for them,” said Dyana Limon-Mercado, executive director of Planned Parenthood Texas Votes. “There’s all different reasons. You have people who maybe have unfortunately experienced sexual assault, and for them being able to have more control over the procedure ... feels safer to them.”

Texas’ new law also specifies that no one may provide abortion medication “by courier, delivery or mail service.”

Texas already required the medication to be provided by a physician in person. But this specific clause addresses a growing concern among abortion opponents that patients are trying to circumvent the required doctor visit by getting the drugs by mail, especially with the state’s new restrictions that bans abortions after around six weeks.

Called a “self-managed abortion,” this usually entails ordering abortion-inducing drugs online, with or without a prescription, from doctors, pharmacies and other providers out of state or overseas.

The FDA has attempted to crack down on some providers, including AidAccess, a group founded in 2018 by Dr. Rebecca Gomperts, a European doctor. AidAccess provides abortion-inducing medications to women in areas that have restricted access to the procedure.

Gomperts has said she will continue prescribing to patients in Texas. She told CBS News in September that she believes she is on solid legal ground since it is legal to prescribe this medication where she is based.

Texas Right to Life legislative director John Seago said he hopes this new law is just the beginning of the state’s effort to rein in online and out-of-state providers.

“We see this as the future of the pro-life fight that is going to be around ... even after Roe or even after states are able to pass very stringent pro-life laws,” Seago said. “I don't think we have all the policy tools on the table to appropriately regulate this issue.”''

Disclosure: Planned Parenthood and Texas Department of Health and Human Services have been financial supporters of The Texas Tribune, a nonprofit, nonpartisan news organization that is funded in part by donations from members, foundations and corporate sponsors. Financial supporters play no role in the Tribune's journalism. Find a complete list of them here.