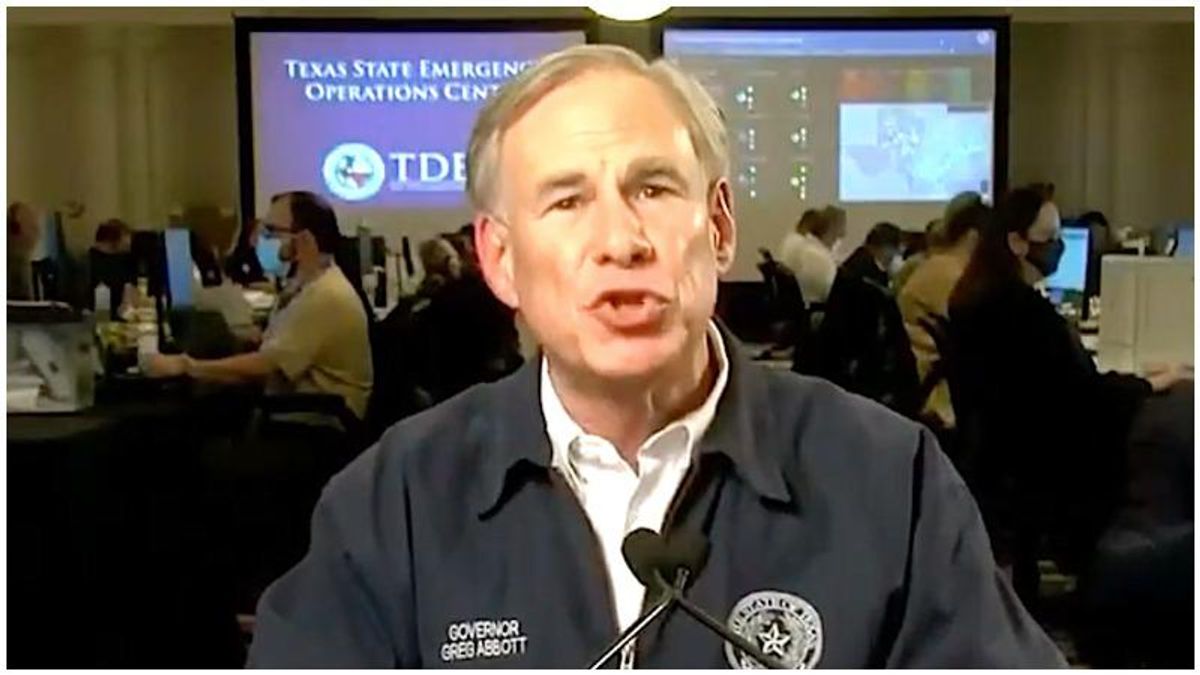 Speaking on MSNBC this Tuesday, epidemiologist Dr. Camara Phyllis Jones said that the decision was "premature and may cost many, many lives."

Later in the segment, Jones said that she's worried Abbott's decision may give other state leaders the impetus to enact similar reopening measures.

"It's almost like you've been carrying this umbrella in the rain and you say, like, 'Oh, you know, I don't need an umbrella anymore because I'm dry' -- but no. Even as the numbers are going down -- first of all, the numbers of people who are dying, the numbers of infections are going down but they're above the highest levels that we had this summer across the country, and then you don't close the umbrella when the threat has not gone away. It's still raining."