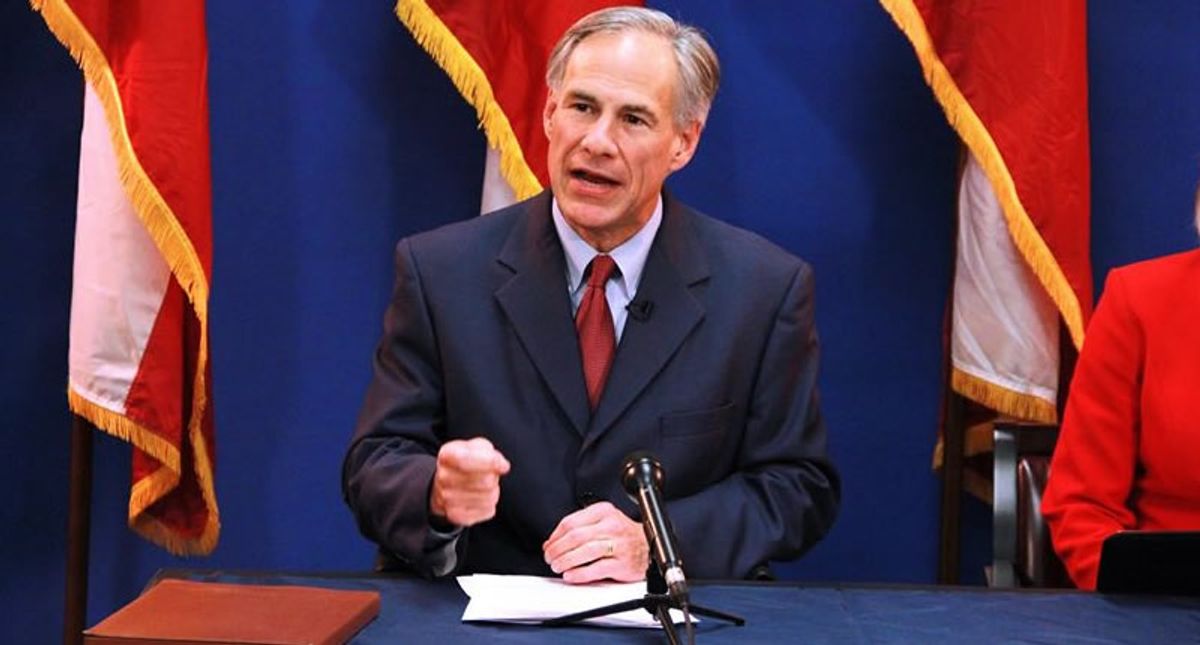 Abbott said he was rescinding "most of the earlier executive orders" he has issued over the past year to stem the spread of the virus. He said starting next Wednesday, "all businesses of any type are allowed to open 100%." He also said he was ending the mask mandate, though it was not immediately clear when that would go into effect. Abbott first instituted the mask requirement last summer.

The news is not entirely unexpected. Abbott said Thursday that his office was looking at when it could lift all statewide coronavirus orders and that he would have announcements "pretty soon." But it comes as the spread of the virus remains serious across the state.

The current trajectory of the virus has been difficult to measure in recent days due last month's winter storm, which forced many large counties to close their testing centers and not report any cases. Daily confirmed cases and deaths are clearly down compared to a statewide peak in January. Hospitalization data has been less disrupted, though, and has shown a consistent decline since late January.

Still, 59 new deaths were reported on March 1. And only 6.5% of Texans had been fully vaccinated as of Sunday, though Abbott has been optimistic that the pace will pick up as more vaccines are made available to Texas.

Experts say Texas is a long way from reaching herd immunity. Hitting the 70% to 80% level that many estimate is needed would mean vaccinating some 22 million people, or nearly 100% of adults in the state, according to census numbers. The vaccines are currently not approved for children under 16, who make up about 23% of the population.

Scientists do not yet know for sure whether or how well the vaccines prevent the spread of the virus, though some preliminary research has suggested that some vaccines might be able to do so to some extent.

The Centers for Disease Control recommends that people who have received two doses of the vaccine continue to avoid crowds, stay at least 6 feet away from people who live outside their households, and wear masks to cover their nose and mouth.

Dr. Anthony Fauci, the nation's top infectious-disease doctor, has repeatedly said that he does not know when Americans will be able to return to normal, but that they may still need to continue wearing face masks into 2022.