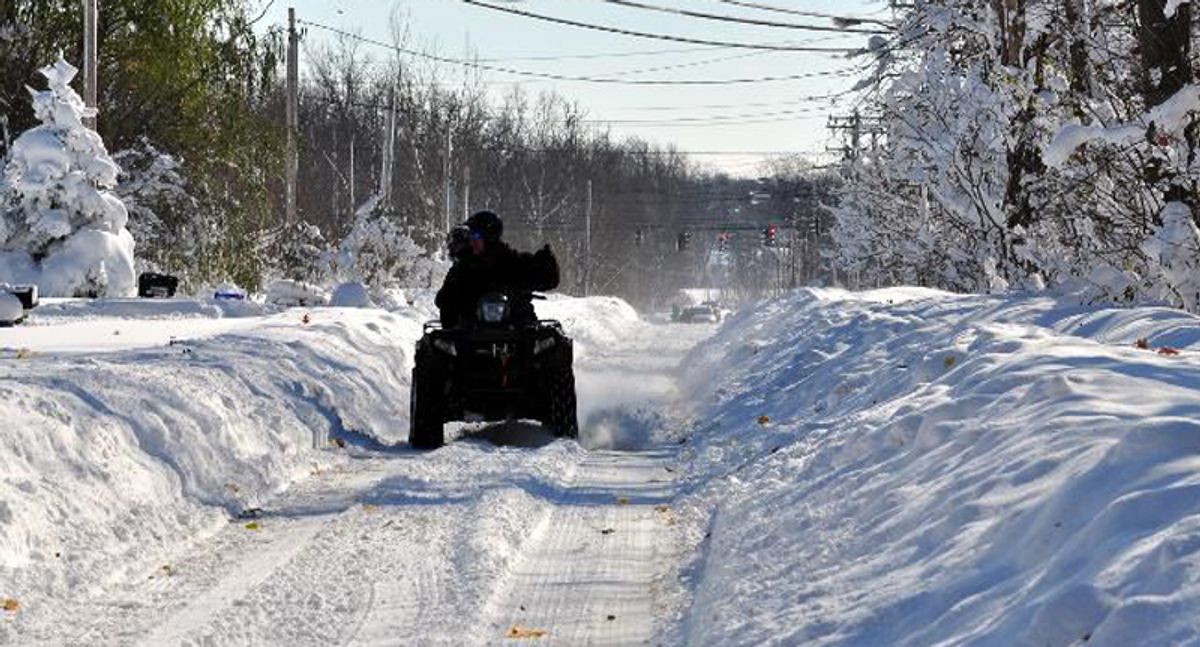 Those are just some of the sky-high electricity bills that Texans have reported receiving from their private utility providers in the aftermath of Winter Storm Uri, which overwhelmed the state's deregulated and fossil fuel-dependent energy grid and caused widespread power outages amid frigid temperatures.

Millions of Texas households lost power altogether—some for days on end—and those whose lights stayed on were urged to do their best to conserve energy as state leaders scrambled ineffectually to end the devastating blackouts.

But despite their efforts to keep usage low, Texans are telling media outlets that they've received staggering bills from their energy companies, confirming fears that the power crisis would prompt a wave of predatory price gouging as corporations attempt to push costs onto vulnerable customers.

Scott Willoughby, a 63-year-old Army veteran who lives on Social Security payments, told the New York Times that he wiped out his savings account to pay the $16,752 electric bill that Houston-based company Griddy charged him for the month of February.

"There's nothing I can do about it, but it's broken me," Willoughby said.

Willoughby's experience was hardly unique. Houston resident David Astrein, who lost power twice during rolling blackouts, told the Washington Post that despite working to keep usage down, his electric bill for the month—also from Griddy—totaled $2,796.85.

"If you look at news outlets and social media outlets, you see pictures that are posted and I'm one of the lower bills," Astrein said. "To be thankful for that is actually crazy."

As the Post explained, Texas' "unregulated market allows customers to pick their utility providers, with some offering plans that allow users to pay wholesale prices for power."

While "variable plans can be attractive to customers in better weather, when the bill may be lower than fixed-rate ones," the Post noted, "the variable plan becomes the worst option" when the wholesale price jumps, as it did last week.

On Sunday, the Texas Public Utility Commission approved a pair of orders directing energy companies to temporarily halt disconnects due to non-payment and stop sending bill estimates to customers. Republican Gov. Greg Abbott—who has come under fire for erroneously blaming renewable energy for the power outages—said Saturday that "we have a responsibility to protect Texans from spikes in their energy bills that are a result of the severe winter weather and power outages."

But Texans are demanding concrete and sweeping action from the state government, not mere empty rhetoric, to prevent the power crisis from sending families into financial ruin.

"Unfortunately, the Texas energy market is the market that gave us Enron," Rep. Joaquin Castro (D-Texas) said in an appearance on MSNBC on Saturday. "So you've gotta watch what happens with the suppliers and the providers there. And it looks pretty much like there was price gouging going on. And people are starting to get these energy bills for over $1,000, and I don't believe the people of Texas should have to pay these outrageous bills."

"The state government is gonna have to step in and basically hold people harmless—in other words, make sure that those exorbitant costs are not passed onto the customer here," said Castro. "And I think they're gonna see that there's gonna be a movement throughout Texas of people who are liberal and conservative and across the political spectrum who are refusing to pay $2,000 when for two days they didn't even get power, and they're not even responsible for the poor planning that went on by state leaders."

Local Texas officials echoed Castro's demand for action from the state government to protect consumers from price gouging, a common tactic of corporations looking to capitalize on disaster.

San Antonio Mayor Ron Nirenberg, an independent, told CNN Sunday that "it would be unconscionable for bills to go up and for bills to be put on the backs of residents of the state that have been suffering and freezing their homes for the last week, through no fault of their own."

"This was a total failure by the state's energy management, and they need to be held accountable," said Nirenberg. "There will be hell to pay if there is any notion that the residents of this state should pay for this disaster."