BUSTED: Kansas woman arrested after daughter bragged about her role in Trump's insurrection 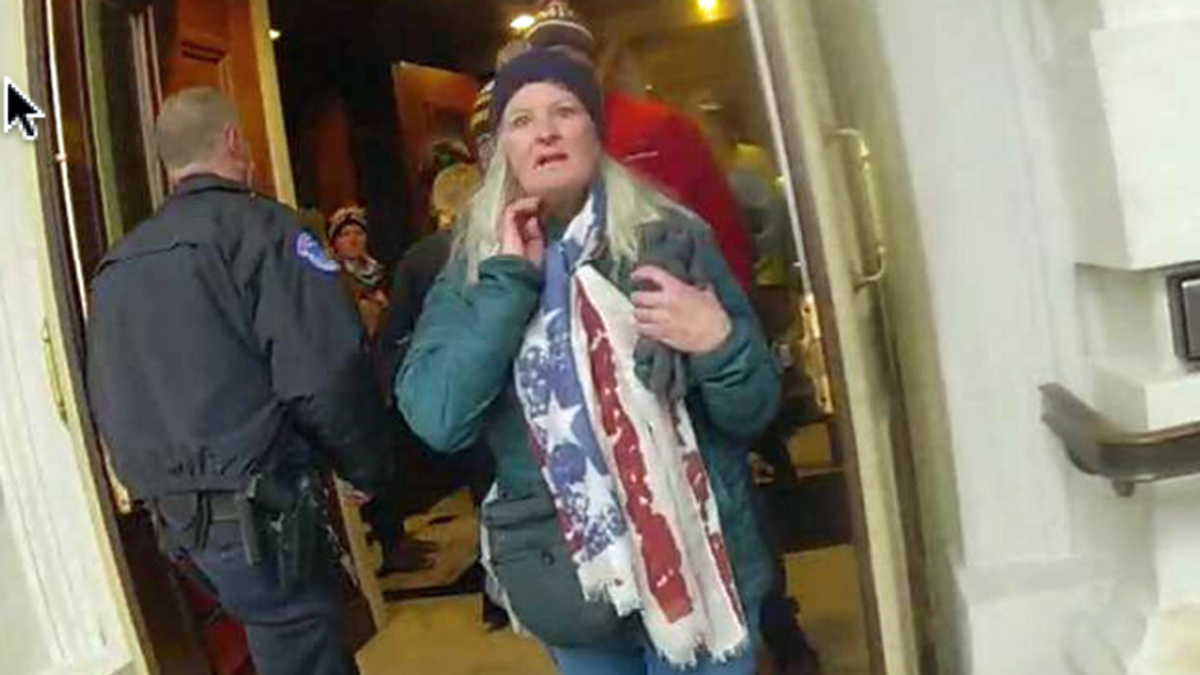 Jennifer Ruth Parks, arrested by the FBI Friday in connection with the January 6 insurrection at the U.S. Capitol, was apprehended in an unusual way: Someone tipped off the feds with a screen shot of a text in which her daughter was beaming about her mother's attendance at the protest.

Parks, of Kansas, and her friend Edith Schwemmer, both attended the Trump rally and then entered the Capitol after the doors were broken, according to the FBI complaint citing voluntary January 17 interviews with the two. The report also said the bureau received this tip six days earlier:

"The tipster shared a text message screen shot between Parks' daughter and an unknown individual where Parks' daughter wrote: 'So depressed over all of the cheating in the election right now. Mom and her friend went to Washington for the March. Wish I could have gone too. Lol.' Parks' daughter further wrote: 'We should all be climbing over those walls. They pushed us too far.'"

This what Parks told the FBI, according to the complaint:

"Parks believed she was attending a peaceful rally in support of President Donald Trump. Parks, along with Schwemmer, entered the U.S. Capitol for "thirty minutes to one hour" after the doors were broken. Parks entered the Capitol Building through the front lower door with no stairs. Parks proceeded up a round staircase to the second floor and observed groups of people praying and singing. Parks sung the U.S. national anthem in a group on the second floor of the building."

To date, no arrest of Schwemmer has been announced by the FBI. However, she was quoted in the complaint against Parks, who she identified as her friend. Like Parks, she told agents she thought she was attending a peaceful rally and march to the Capitol.

"Schwemmer claimed that she and Parks walked to the front of the Capitol building, encountered no barricades and no police officer told them to stop. They entered the building through the lower door in the front and went straight to the 'roundabout' area.

"Schwemmer described the building as 'messy and smelled bad' so they went upstairs." She said they left the Capitol as soon as an officer told them to do so.

Schwemmer also mentioned climbing a tree to photograph a man wearing a colonial jacket with a walkie-talkie. She provided photos of that, along with one showing her with Parks outside the Capitol.