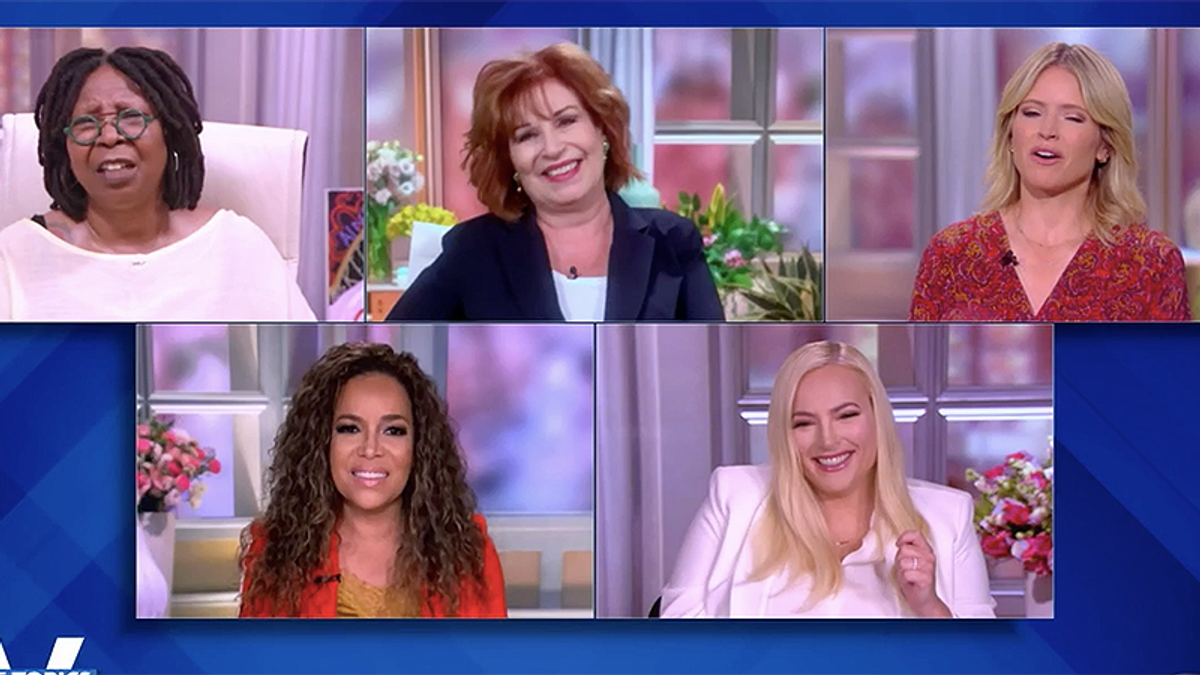 At the top of "The View," Monday, the co-hosts addressed the ongoing battle involving former President Donald Trump and his pants during a speech to the North Carolina Republican Party on Saturday. While Trump's zipper was clearly visible at points throughout the speech, it didn't stop Twitter from breaking into hysterics over the former leader's ill-fitting trousers.

Sunny Hostin noted that if Trump is a billionaire he should probably have a better tailor.

Meghan McCain explained that even ex-presidents must present themselves in a way that is befitting to their former office.

"Otherwise you can look like a crazy, ex-mad-king and he's been like a wedding singer at Mar-a-Lago and he just looks really disheveled. And he doesn't look good," McCain said. "I mean, I'm not one of these people who, like, a Jim Acosta where I'm always dunking on him, but this is not how — if he's really looking to, like, lead the party, this is not the way that he should present himself for a lot of different reasons."

The topic of Trump's pants has been part of the discussion about him for a while. Vanity Fair did a report on it in 2018, questioning what is wrong with his attire.

"The really compelling part is that his pant legs are enormous. They're each roughly the circumference of a healthy toddler's head. They could fit comfortably around The Rock's thighs—an image no one wanted to consider, but in the name of this investigation, we must," said the report. "The angle of the photo makes it even more dramatic, with the grass hiding the president's feet, shortening his overall frame and terminating his body at a wide point. Even so, those hems do not lie."

In his 2004 book Trump: Think Like a Billionaire, he explained that he buys expensive suits but refuses to have them tailored to fit him. Vanity Fair assessed that it makes the suits look like he bought them at a discount store.

Whoopi Goldberg asked Joy Behar if the pants disturbed her as much as they did many on Twitter.

"No, I mean, we had a conversation with standards before that and they said we weren't allowed to say that," McCain said, referring to network censors. Behar said that she didn't know anything about anti-poop comments from the network.