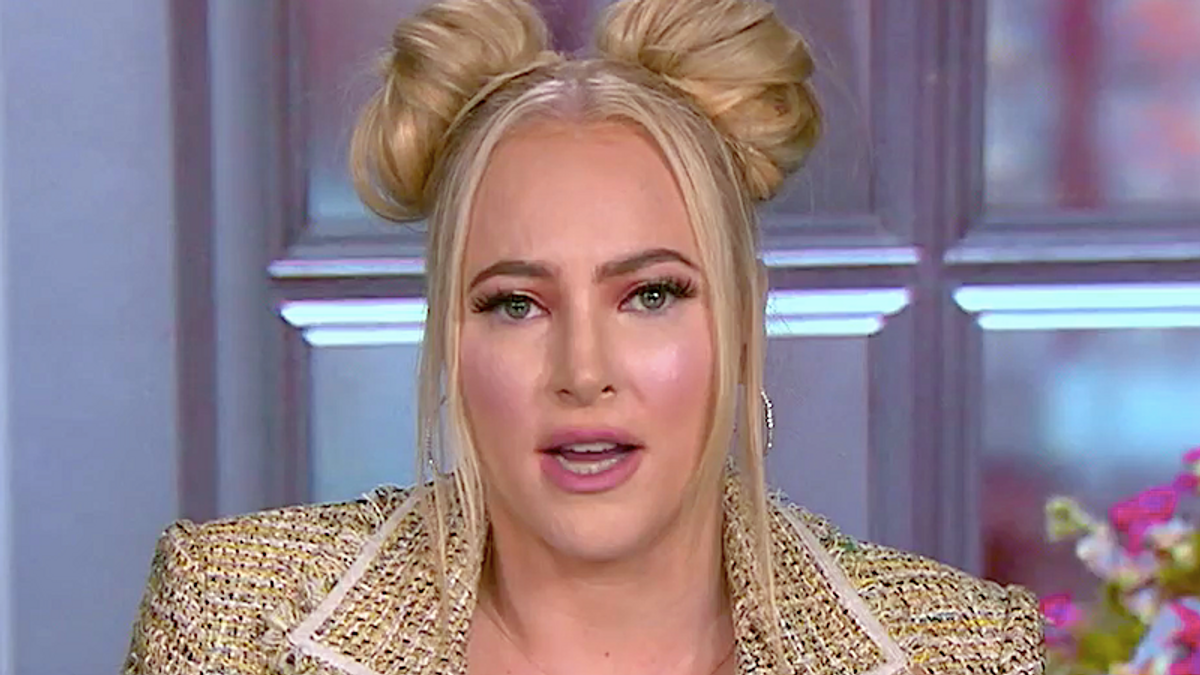 McCain has made similar threats in the past about former president Donald Trump, who she now thinks should be impeached for inciting the Capitol insurrection, but now she's got a new cudgel.

"I don't understand how anyone could vote against impeachment, but the politics -- the logic I don't understand -- but the politics is they want to move on, and they want to walk the fine line of being attached to Trump and not being attached to Trump," McCain said. "Nikki Haley said maybe in the most disgusting language I've ever heard, 'Give the guy a break.' Well, it's hard for me to give President Trump a break when our vice president could have been killed because of the things he was saying, and I think that I would love to see more Republicans come out and do the right thing ethically, but politics is going to come in the middle of this, and one final thing."

Trump appears likely to be acquitted because not enough GOP senators are willing to acquit him, but McCain said Democrats ultimately bear much of the burden for preventing the next corrupt kook from entering the White House.

"I'm trying to do my part in putting positivity in the world and meet in the middle on this show as much as I possibly can because I ultimately can only control myself," McCain said. "I really call to the rest of you on this show and to everyone in America to all of us collectively come together and really try to amp down this temperature as much as we can because I don't want to see any more violence, and I'm actually scared about what the future holds, and if we just keep demonizing each other, and attaching ourselves with those lunatics on Capitol Hill, we're going to end up with a Marjorie Taylor Greene as president, and I'm more fearful of that than anything else facing us in the future."