The View’s Meghan McCain wants Biden to fire Dr. Fauci because she doesn’t know when she can get her vaccine 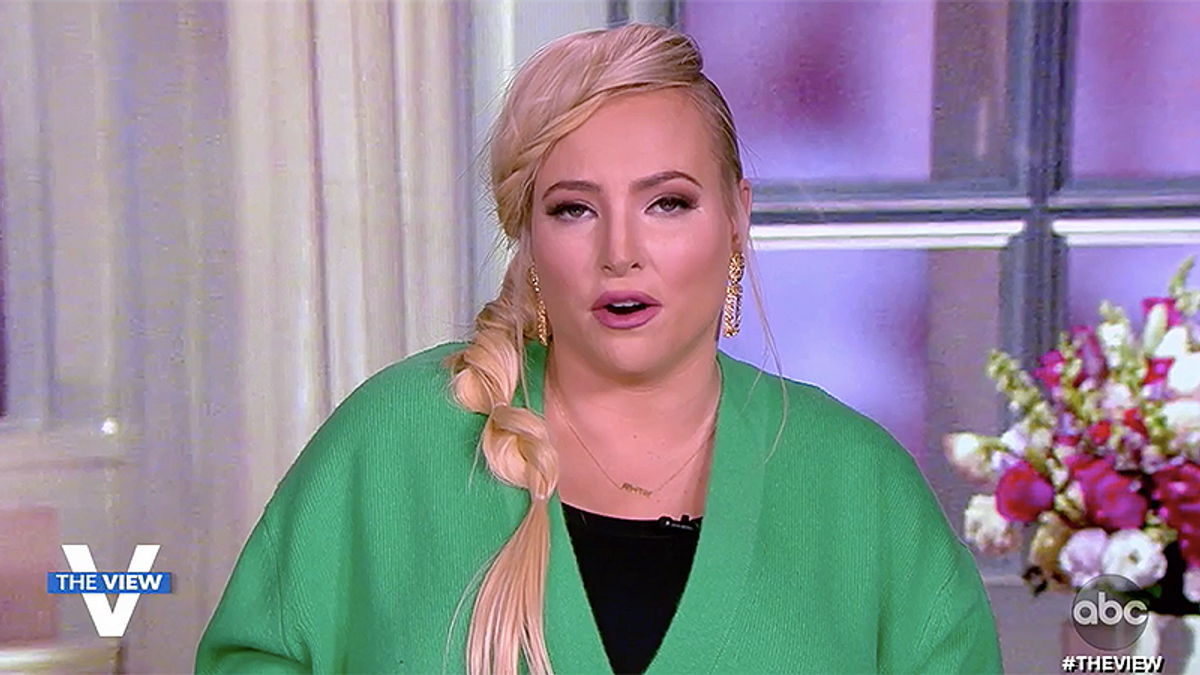 "The View's" Meghan McCain is angry that she doesn't know when she's going to get her vaccination while watching so many older people get theirs. During the previous administration, it was left up to the states to decide how to do the distribution of vaccines, but under President Joe Biden that has changed somewhat with vaccines being sent to public health centers and large-scale vaccine sites.

McCain argued that over the weekend Dr. Anthony Fauci refused to say whether someone could go hang out with friends and family after being vaccinated. In Israel, she said, they have a campaign called "get a shot, do a shot," saying they can go out drinking after getting their vaccine.

"Is the science there different than the science here?" McCain asked. "Israel has over half the country vaccinated and they're doing pretty well. The idea that I can get vaccinated and nothing in life changes and we have to wear masks forever, I don't understand the downplaying of vaccines because right now we should be wanting as many Americans as responsibly possible to get a vaccine. The fact I, Meghan McCain, co-host of The View, don't know when or how I will be able to get a vaccine because the rollout for my age range and my health is so nebulous, I have no idea when and how I get it."

She continued: "If you call me at 3:00 in the morning, I will go any place at any time to get it. I want to be responsible and obviously, wait my turn, but this rollout has been a disaster, and I understand President Trump can take much of the blame. now we're in the Biden administration, and I would look for something to look forward to, and to hope for because if getting the vaccine means that just nothing changes and we have to wait another few years until everyone gets it, there's already a lot of people not getting it. We're already having a messaging problem getting people to take this vaccine."

She went on to say she's "over Dr. Fauci," and thinks "we need to have more people giving more opinions and honestly quite frankly, I think the Biden administration should remove him and put someone in place that does understand science or can talk like these other countries that have these things in place that are doing this successfully."

Co-host Whoopi Goldberg explained that Israel is a much smaller country than the United States with only 9 million people. It's only slightly larger than the state of New York. The United States has over 330 million people. If all of the vaccines that Trump purchased went only to New York then McCain would have been vaccinated, but no one else in the country would be. It's why both Trump and Biden prioritized those at greater risk and in greater danger first in the line of Americans who need a vaccine.

Even if the United States reaches 70 percent of the country vaccinated, it still doesn't mean that the country is safe as people from other countries come into the United States. Herd immunity in the world could take significantly longer to achieve than national herd immunity. The vaccine also doesn't protect against the coronavirus until about 12 days after the second injection, said Healthline. The vaccine also won't prevent you from getting COVID-19, the CDC explained. It teaches your body to fight it when you get it.