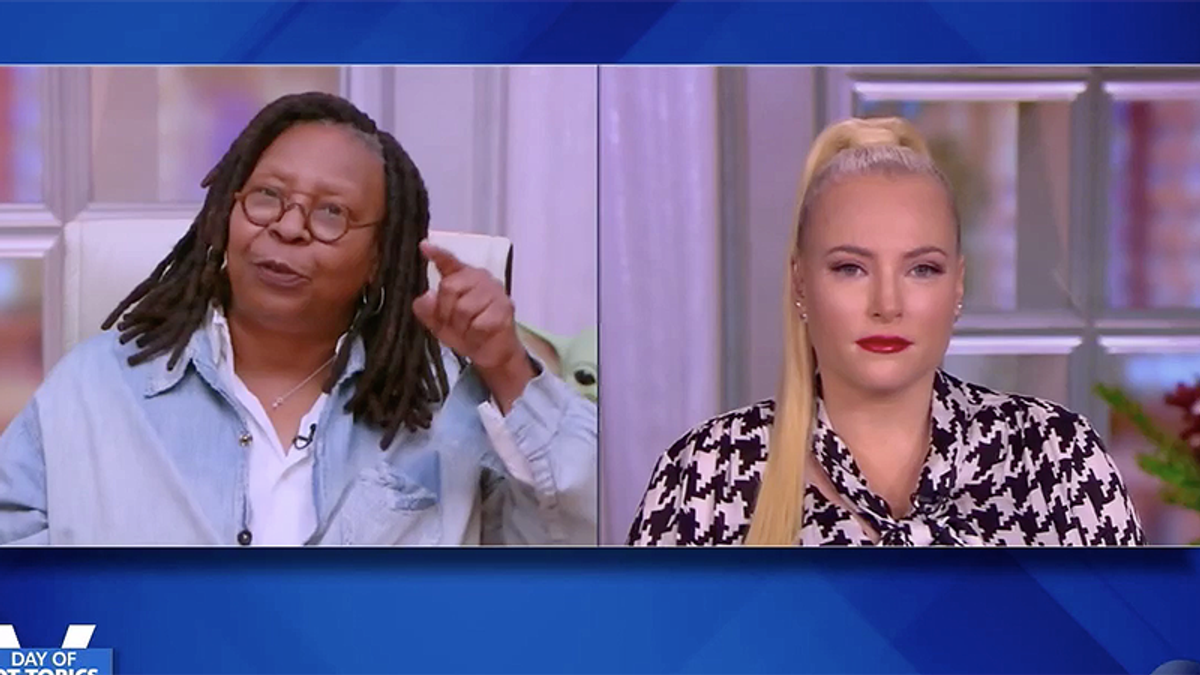 Meghan McCain's first day back on "The View" brought fire between the left and the right while they discussed the release of a tape of President Donald Trump demanding that the Georgia secretary of state "find" 11,780 votes to change the election.

McCain argued that President-elect Joe Biden barely won and that Democrats should be more respectful of the 70 million Americans that cast ballots for Trump.

She ultimately noted that Biden didn't "barely win" -- he had the largest electoral margin since Barack Obama won in 2008 and Bill Clinton won in 1996. Biden got more than 81 million votes and 306 electoral votes to Trump's 232 electoral votes. It wasn't a narrow election. Even if Trump managed to get Georgia officials to overturn the election in their state, he would still lose.

"In terms of respect, respect the people who voted for Biden and let him take his place," said Goldberg. "People always want respect but they don't want to give it. You have to respect the people who said 'we want this change.' The 180-or so Senators who want to disrupt -- because they don't like the outcome. This is the b*tch of being a democratic society. This is what it is. Sometimes you win and sometimes you lose. We lost four years ago. Now, he's lost this year. You're not allowed to kvetch and poop all over this. This is not the American way. We don't always like who becomes president."

"If you're so comfortable why is everyone so hysterical about what's happening in Georgia?" McCain asked. It's unclear if she was talking about Trump's apparent demand for an election crime or Democratic efforts to win back the U.S. Senate.

"I'm sorry, but this is a very fractured country. It's very split," McCain argued. Georgia has been a reliably red state for decades and flipped this past November. The state has never been a swing state and wasn't considered by experts this year to be a swing state.

Behar noted that a lot of the people didn't vote for Trump and many of them were being lied to as an excuse for why they voted for him.

That's when McCain flipped out, "I think that's the perspective of Joy Behar, with all due respect. I know a lot of Republicans and that is not accurate."

"You're talking so fast I couldn't hear what you said about me. I heard my name," Behar said.

"I said that's your perspective -- the perspective of Joy Behar, you know, you're a proud progressive leftist, but I am a proud conservative and I think that the idea -- the only reason why people voted for President Trump in the last election is that they were lied to and they're morons who are just being fed information is not only disrespectful and inaccurate," McCain lashed out.

"I never said they were morons," Behar cut in.

It devolved into chaos from there. See the video below: