‘They are trying to frame me’: Giuliani says Feds raided him because Trump ‘doesn’t have constitutional rights’ 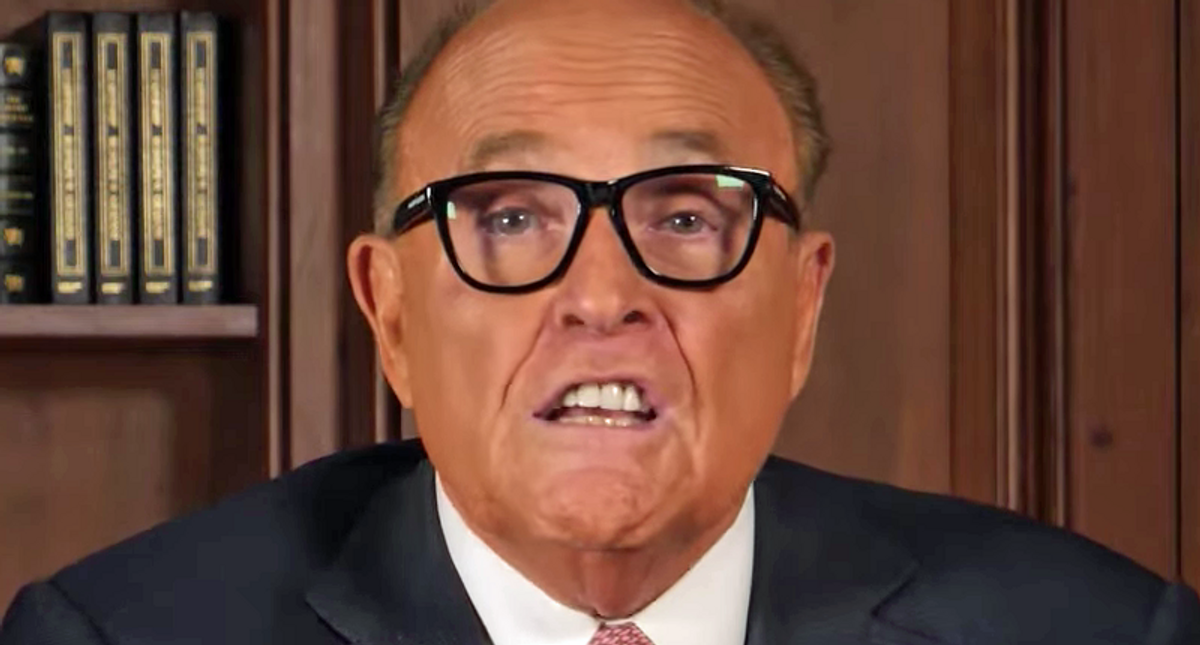 In what appears to be a rambling and at times nonsensical interview with Fox News, Giuliani, a former New York City mayor and former U.S. Attorney, insists he did not break federal law by lobbying for Russian interests or on behalf of Ukraine.

"They are beyond the ability to control their rational thinking or their decency, and they have a serious, serious ethical issue, driven by Trump derangement syndrome," Giuliani said. "They are trying to frame me."

"They are trying to find something they can make into a crime, some technical violation, some mistake I made," he claimed. "They'll take anything."

"The only lawyers they raid are lawyers for Donald Trump," Giuliani told Fox News, which is false. "I can't think of another lawyer that has been raided other than lawyers for Trump."

"Trump is in a special category because he doesn't have constitutional rights," Giuliani falsely claimed.