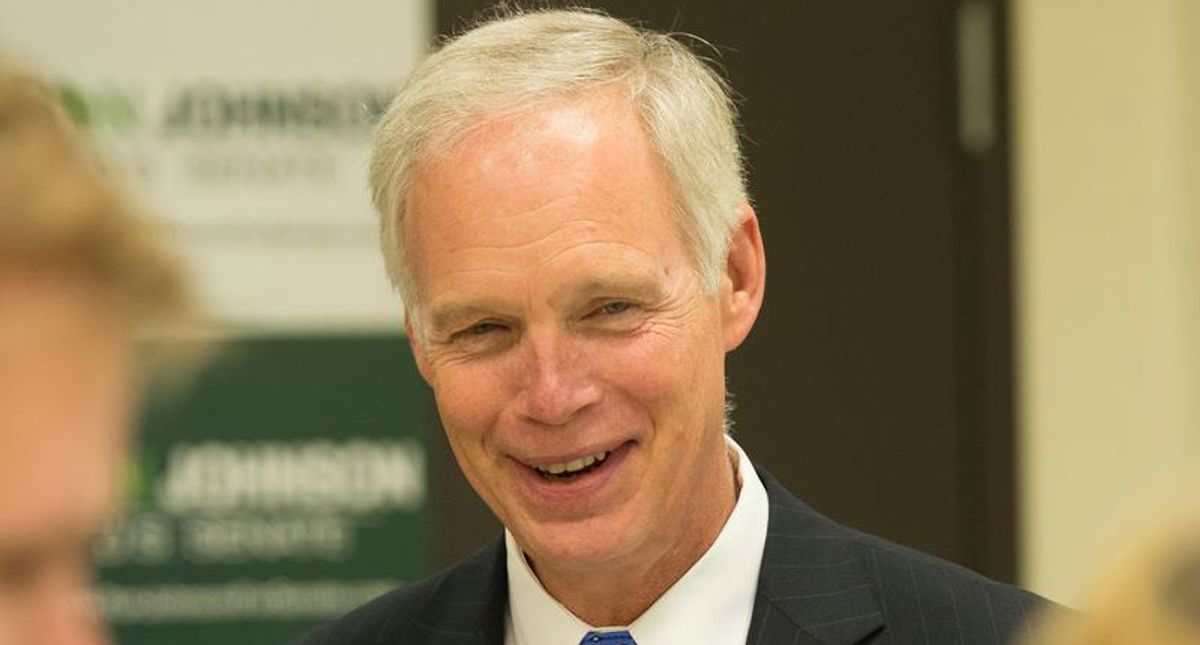 Republican lawmakers, led by Sen. Ron Johnson of Wisconsin, are attempting to grind the Senate chamber to a halt to delay passage of a sprawling $1.9 trillion coronavirus relief package as Democrats race to get the legislation to President Joe Biden's desk before March 14, when millions of jobless Americans will begin losing their unemployment lifelines.

After the Senate on Thursday afternoon approved a procedural motion to begin consideration of the aid bill—with all 50 Republicans voting no—Johnson objected to Senate Majority Leader Chuck Schumer's (D-N.Y.) request for unanimous consent to dispense with the reading of the bill in order to start debate, forcing the Senate staff to read aloud all 628 pages (pdf) of legislative text.

What followed was nearly 11 hours of barely comprehensible speed-reading by alternating Senate staffers to a nearly empty chamber; not even Johnson, who forced the reading, remained on the floor through the whole process, which finally came to an end at around 2:00 am ET Friday morning.

On Friday afternoon, the Senate is expected to kick off the notorious and dreaded vote-a-rama, which Republican lawmakers are expected to drag out by putting forth a slew of unrelated and doomed-to-fail amendments to the $1.9 trillion package, potentially delaying a final vote for days. The package will then return to the House, which will have to decide whether to make changes or simply push through the Senate's version.

"Historically what's happened is... we offer a couple of hundred amendments on the Republican side," Johnson said Thursday. "And we get a couple of dozen voted on, and people tire out. I'm coming up with a process that keeps people from tiring out. I'm getting sign-ups. I'm laying out a three-shift schedule."

Rep. Pramila Jayapal (D-Wash.), chair of the Congressional Progressive Caucus, noted on Twitter that Republicans are delaying "a relief package that 76% of Americans support—including 60% of Republicans."

"The goal isn't compromise," said Jayapal, "it's obstruction of all of our priorities."

In response to new Labor Department figures showing that more than a million Americans filed initial unemployment claims last week, Jeremy Funk, spokesperson for Accountable.US, said in a statement Thursday that "in the face of ongoing economic struggles due to the pandemic, all Senate Republicans seem to want to do is listen to themselves talk."

"If the polls are any judge, the only political points they're scoring with obstruction are against themselves," said Funk. "The longer McConnell and company hold back help, the longer the Trump recession will be—and the public won't soon forget who sat on their $1,400 checks in the middle of it."

One expected amendment that is actually relevant to the relief package is Sen. Bernie Sanders' (I-Vt.) $15 minimum wage proposal, a last-ditch effort to include the pay raise in the aid bill after the Senate parliamentarian advised that it runs afoul of budget reconciliation rules.

Originally a part of the $1.9 trillion package, Senate Democrats removed the $15 wage provision following the unelected parliamentarian's advisory opinion, which Vice President Kamala Harris is refusing to overrule despite having the constitutional authority to do so. Sanders is urging the Senate Democratic majority to ignore the parliamentarian's advice and approve the long-overdue wage increase.