Third time’s the charm? Anti-LGBTQ lawmaker one step closer to making the Bible the official state book of Tennessee 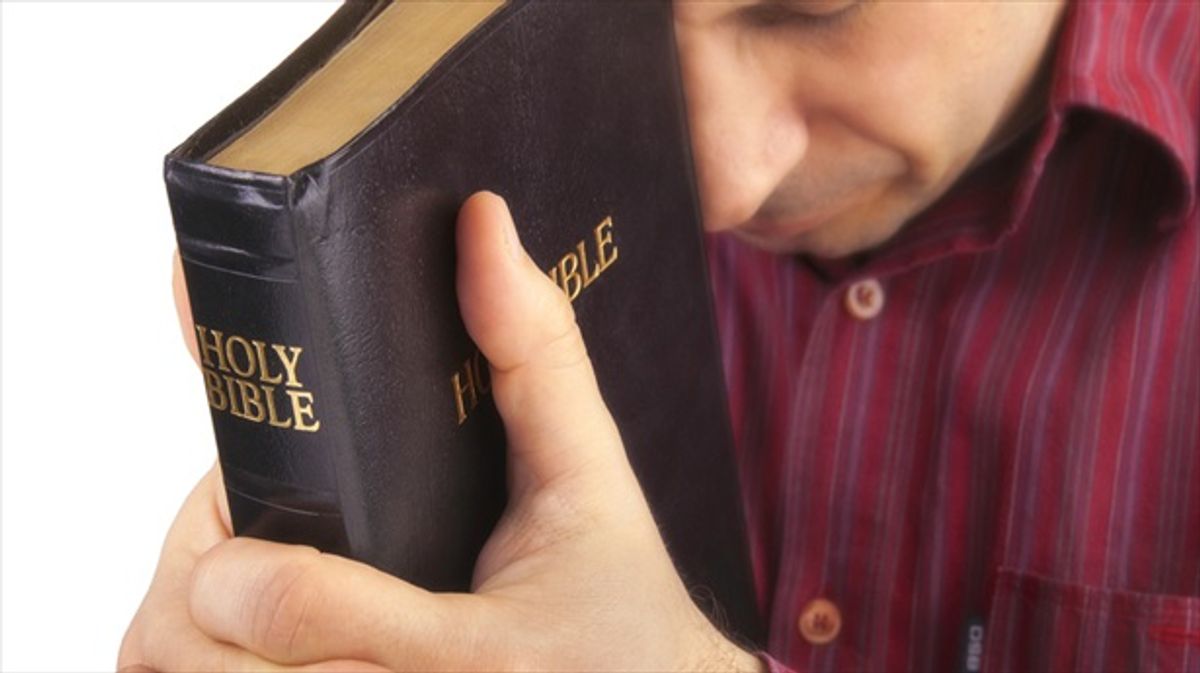 The third time may be the charm for Tennessee Republican state Rep. Jerry Sexton, a former pastor who is one step closer to realizing his dream of making the Christian bible the official state book of Tennessee. On Monday the House voted 55-28 in favor of a resolution to do just that.

During debate, Sexton essentially said he does not believe in separation of church and state:

Here's the clip — REP. SHAW (a pastor): “Do you believe there's a separation of church and state?" Rep. Sexton, sponsor of the resolution to make the Bible the state book of Tennessee, makes it clear: NO, he does not. pic.twitter.com/rPz1nRDbPE
— The Tennessee Holler (@TheTNHoller) March 30, 2021

Rep. Sexton has been working since at least 2015 to accomplish his goal. Governor Bill Haslam, a Republican, vetoed the bill when it passed in 2016.

But now Sexton believes he may have found a way to convince his colleagues to support his bill.

"Nashville is the top publisher of Bibles in the nation, he says," according to Tennessee Lookout, "and Tennessee's culture is based largely on the Bible and the nation's Judeo-Christian founding."

Rep. Sexton is opposed to LGBTQ people. In 2019 he co-sponsored the "Tennessee Natural Marriage Defense Act," which would have declared the Supreme Court case that found same-sex couples have a right to marry as "void." It it had been signed into law it would have cost the state $8.5 billion.

Last year, in opposing the removal of a Confederate statue, Sexton told lawmakers, “It was not against the law to own slaves back then."

"Who knows, maybe some of us will be slaves one of these days. Laws change."