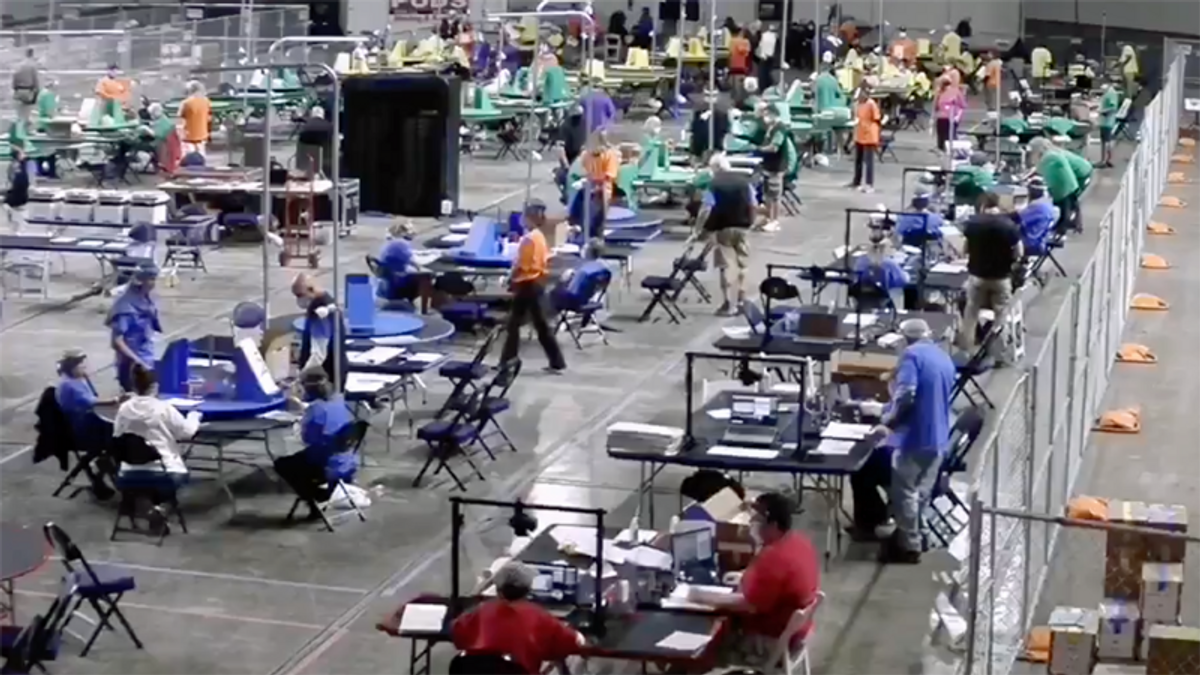 Laurie Roberts, columnist for the Arizona Republican, wrote about the latest in the "insane" process on Thursday.

Roberts wrote about the Arizona audit searching for evidence of bamboo in the paper fibers of ballots.

"And so amateur sleuths in this official state audit are now using UV lights and 5K cameras to check for bamboo. Because if bamboo is found in those ballots then aHA! Enter: China. Or possibly, North Korea.Never mind the fact that not all paper produced in Asia contains bamboo or that not all paper that contains bamboo is produced in Asia," she wrote. "Or that this is INSANE. Senate President Karen Fann has gone waaaay over the edge on this thing, taking a swan dive right off the cliff of reality straight down into the rabbit hole."

"Be assured this audit isn't about bamboo. It's about bamboozling the Republican base in believing that something nefarious happened here in Arizona, once upon a time a model for the nation in how we conduct elections. It's about keeping the contributions flowing and the outrage boiling. It's about accepting no result other than the result that they demand," she explained.

She thinks it's time for the feds -- and mental health professionals -- to get involved.

"Fortunately, the Department of Justice is now asking questions. They should do more than ask. DOJ should get out here, post haste, to protect our ballots from whatever the heck is going on," Roberts wrote. "Oh, and when you come, bring the guys in white coats, will ya?"