Sen Thom Tillis (R-NC) went off on a tangent attacking groups that advocate for liberal judges on the courts while questioning Judge Ketanji Brown Jackson on Wednesday. The same groups also exist on the right, but Tillis only focused on the ones on the other side.

Tillis crafted a flow chart that showed Arabella Advisors at the top. Among the donors giving through Arabella is the Tide Foundation, which has received funding from political activist George Soros, who has become a kind of boogeyman that conservatives use to attack Democrats and progressive causes.

Tillis then linked Arabella as a donor to the 1630 Fund, which helps fund activists for everything from the environment to social justice. He then branched off into other groups funded by the groups that are funded by the Arabella Advisors. So, Arabella funded the 1630 Fund, which gave money to the Unrig the Courts organization, which then worked with a group called "Demand Justice" that Tillis has an issue with.

WATCH: A GOP senator claimed Judge Jackson wanted to free all prisoners – she told him ‘read two more sentences down’

The explanation was reminiscent of former Fox News host Glenn Beck, who would regularly fill his chalkboard with massive flow charts. 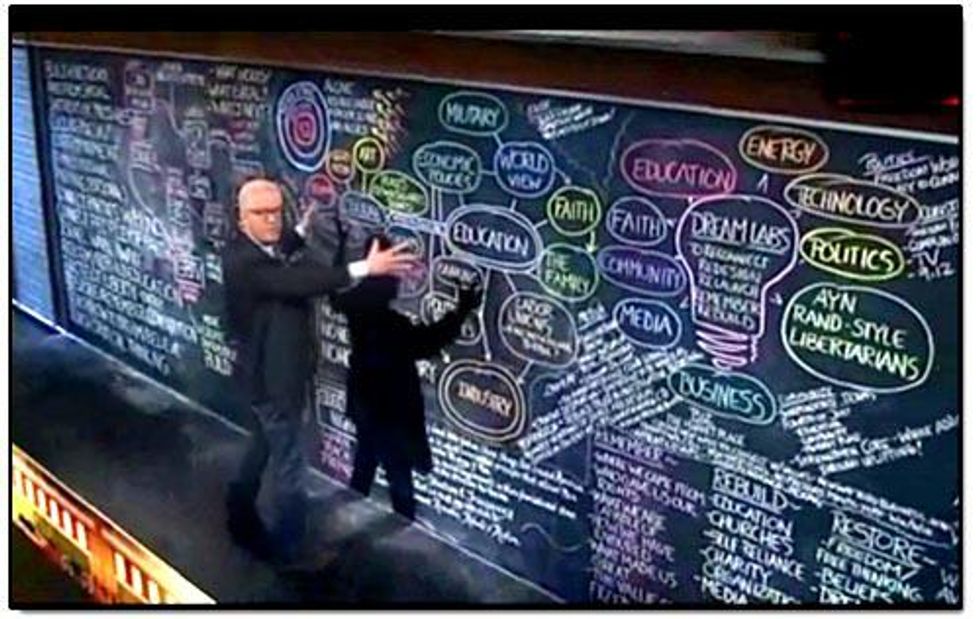 Judge Jackson said simply that she had nothing to do with any of the groups in the flow chart.