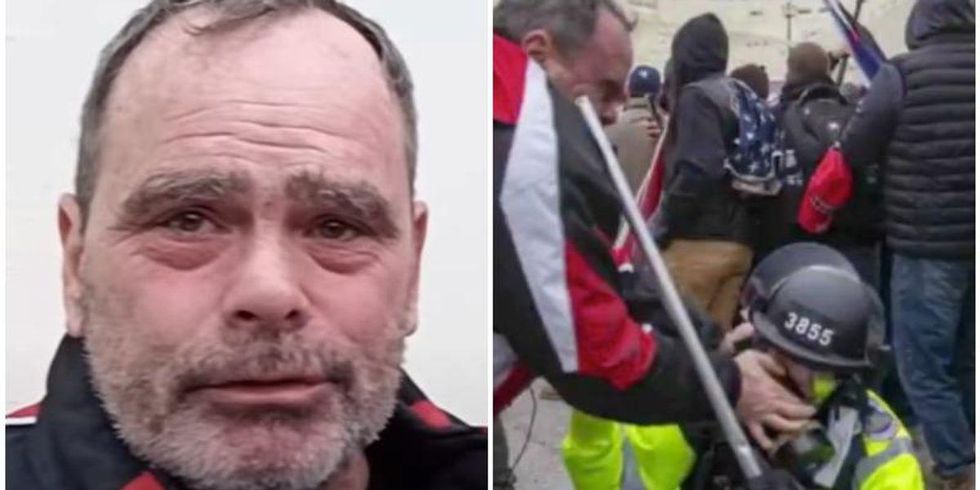 An attorney representing a MAGA rioter who infamously gouged a Metropolitan Police officer's eyes argued on Friday that his client doesn't deserve to be held in a cell with people who have committed "inner-city crimes."

The Washington Post's Rachel Weiner reports that an attorney representing retired New York City Police officer Thomas Webster argued to the United States District Court for the District of Columbia that his client should not be detained in his current conditions, which he described as a "dormitory setting."

The attorney went on to say that his client was not used to living in conditions that are usually reserved for people who commit "inner-city crimes."

"For a middle aged guy whose never been arrested before this has been a shock for him," said the attorney, who also touted his client's "sparkling" record as a New York cop.

Webster was caught on camera assaulting a member of Washington D.C.'s Metropolitan Police force during the January 6th riots when he both gouged an officer's eyes and beat him with a flag pole.