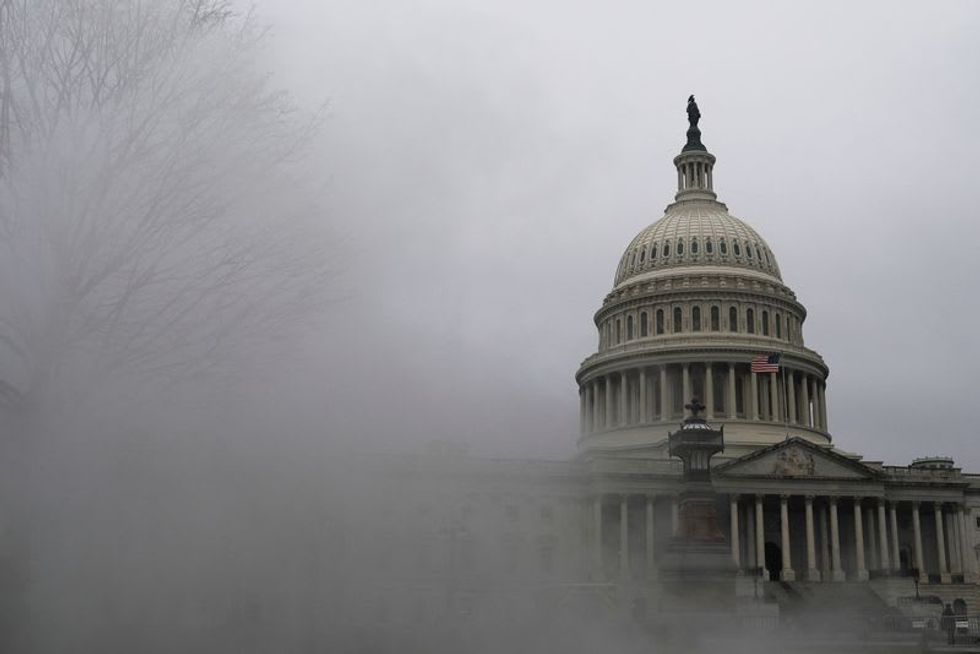 WASHINGTON (Reuters) - An effort by U.S. Senate Democrats to move forward on President Joe Biden's nominees for the Federal Reserve and Federal Trade Commission appeared headed for a second week of delay on Monday, after another Democratic lawmaker tested positive for COVID-19.

Senator Michael Bennet of Colorado said on Twitter that he tested positive for the coronavirus that causes COVID-19 on Sunday, adding that he would quarantine at home in Denver for the week.

That could mean further delays for the renomination of Fed Chair Jerome Powell; Fed Board nominations for Davidson College dean of faculty Philip Jefferson and Michigan State University's Lisa Cook, and the nomination of privacy expert Alvaro Bedoya to the Federal Trade Commission.

A senior Democratic Senate aide said it was not immediately clear whether attendance would pose an issue.

But with the 100-seat Senate split 50-50 between Democrats and Republicans, and Vice President Kamala Harris wielding a tie-breaking vote, Democrats often need all 48 of their party members and the two independents who caucus with them to achieve the simple majority needed to confirm nominees.

Having all lawmakers present is especially vital for nominees who face determined Republican opposition.

Republicans were able to block a Democratic effort to limit debate on Cook's nomination last week after positive COVID-19 tests sidelined two Democrats and Harris. If confirmed, Cook would become the first Black woman to serve on the Fed Board since the central bank's founding in 1913.

Democrats were expected to circle back to Cook once they have a full caucus. Democrats have opposed Republican efforts to move ahead with Powell and Jefferson, who have broad bipartisan support, without progress on Cook.

If confirmed, Bedoya would give Democrats a 3-2 majority among FTC commissioners. Currently, there are two Democrats and two Republicans, resulting in deadlocks.

Schumer has said that confirming Bedoya was a priority because it would give the agency enough votes to investigate oil companies Democrats say are "gouging" consumers with high gasoline prices.