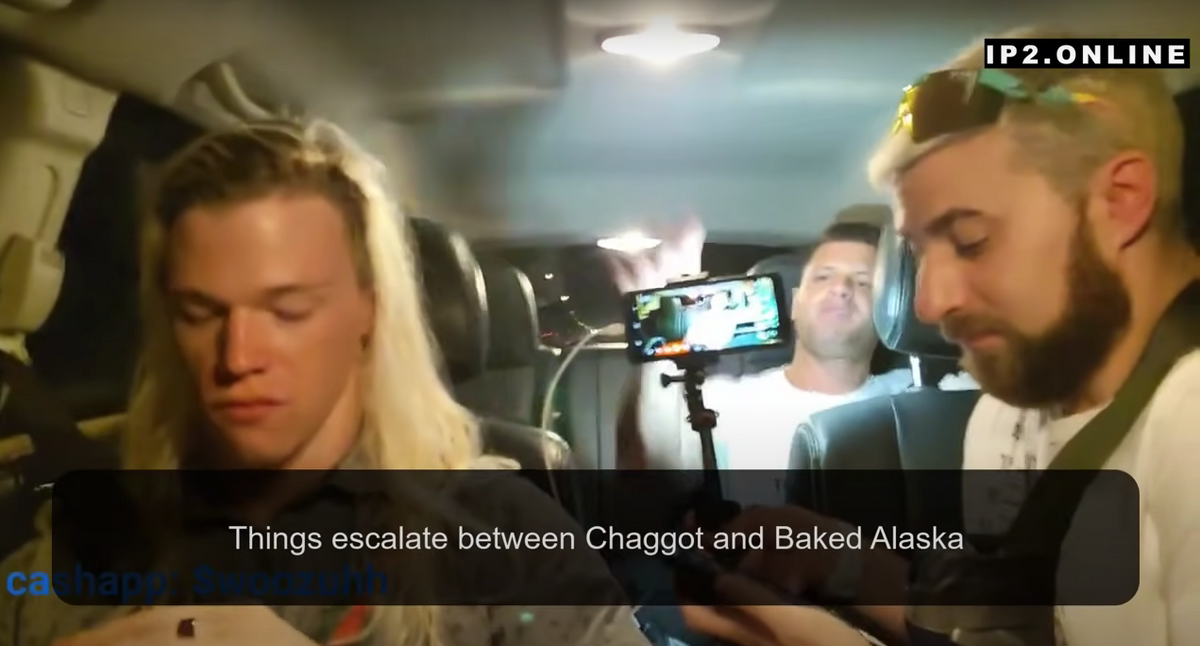 A federal magistrate judge rebuked far-right live-streamer and Capitol riot defendant Tim Gionet, aka Baked Alaska, at a hearing today for his antics during an encounter with police officers in Arizona last week that was filmed and posted on YouTube.

The 30-minute video documents a conflict between Gionet and another livestreamer known as "Chaggot" who was visiting so that the two could create content together. Gionet called the police two times on the same night to report that the other streamer assaulted him while the two were riding together in a car.

"The conduct that is most concerning to Pretrial Services is also the most concerning to me," Magistrate Judge G. Michael Harvey told Gionet. "You were baiting the friend, or the other individual, which led to assault while you were in a car. You knew what you were doing putting a camera in his face. That's dangerous conduct."

Harvey agreed to the government's request to modify Gionet's conditions of release to require him to immediately report any contact with law enforcement to his Arizona probation officer and to prohibit him from having any firearms in his house.

"You seem to want to provoke people to engage in assaultive conduct," Harvey said. "You should not have weapons. I'm also concerned that if a Pre-Trial Services officer wants to visit your home, that may create a safety issue."

But Harvey stopped short of granting two other conditions requested by the government: home detention and a "ban on posting videos to social media or other video-sharing platforms."

Christopher Brodie Brown, the lead attorney for the government, suggested that Gionet's conduct was motivated by a need to drive viewership to his channel.

"The fact that he filmed the entire situation and monetized it by putting it on YouTube, it was a situation where the defendant was trying to create viral content," Brown said. "It creates a great deal of drama to have unwitting law enforcement officers being used as extras, if you will."

Brown quoted Gionet during the hearing as telling the other streamer: "You're a f-ing bitch. Why don't you fight me like a real man?"

"The police actually considered arresting the defendant for disorderly conduct due to his combative behavior," Brown noted.

Gionet's Arizona probation officer cited a third encounter between the defendant and local law enforcement that recently took place in Tempe. The encounter took place after Gionet was banned from a Starbucks store. The probation officer said the incident was similarly documented for a YouTube video, but that Gionet took it down.

"It's clear to see his exploitation of people around him — to agitate anger and create offense to provoke a response so that people viewing the videos can comment," the probation officer told the court. "We just had concerns for the safety of the community because of his behavior. He had three negative law enforcements contacts in the span of six days. He's showing Mesa police officers his videos. He's playing songs for them and singing to them, attempting to provoke anger and frustration. In Tempe, there's several police departments involved. They're tasked with keeping the peace around a large college town."

Thornley told Harvey that granting the government's request to ban his client from video-streaming platforms "would cut off all his income. This isn't something he just started recently because he thought it would be cool to try. This is something he's not done for years. It's not something that's a fun thing. I don't know, maybe it is fun."

In a response filed with the court yesterday, Thornley sought to present his Gionet's streams as being equivalent to journalism, while at the same time suggesting his words in the videos should not be taken at face value.

"The government is correct in their response that Mr. Gionet was streaming to bring in revenue for his long-established career doing so," Thornley wrote. "This counsel fails to distinguish between mainstream media who puts out or generate content solely for the purpose of raising money through ad sales and Mr. Gionet's attempts to do the same.

"Earlier in Mr. Gionet's career he generated content for Buzzfeed for the purpose of raising revenue," the filing continued. "He now does the same for himself, on his own. Like mainstream media, creating content is how he makes a living. Often what is streamed is scripted and much like comedy, the creative content cannot be taken as real to life in every instance."

After Harvey informed Gionet of his new conditions of release, Thornley sought clarification about whether the requirement to report all encounters with law enforcement included "pranks."

The magistrate seemed astonished by the question.

"On his streams, he has friends and enemies," Thornley said. "People who don't like him will call the police and they will make false reports on him. Law enforcement comes because they think he's done something lewd."

"He needs to report," Harvey responded.