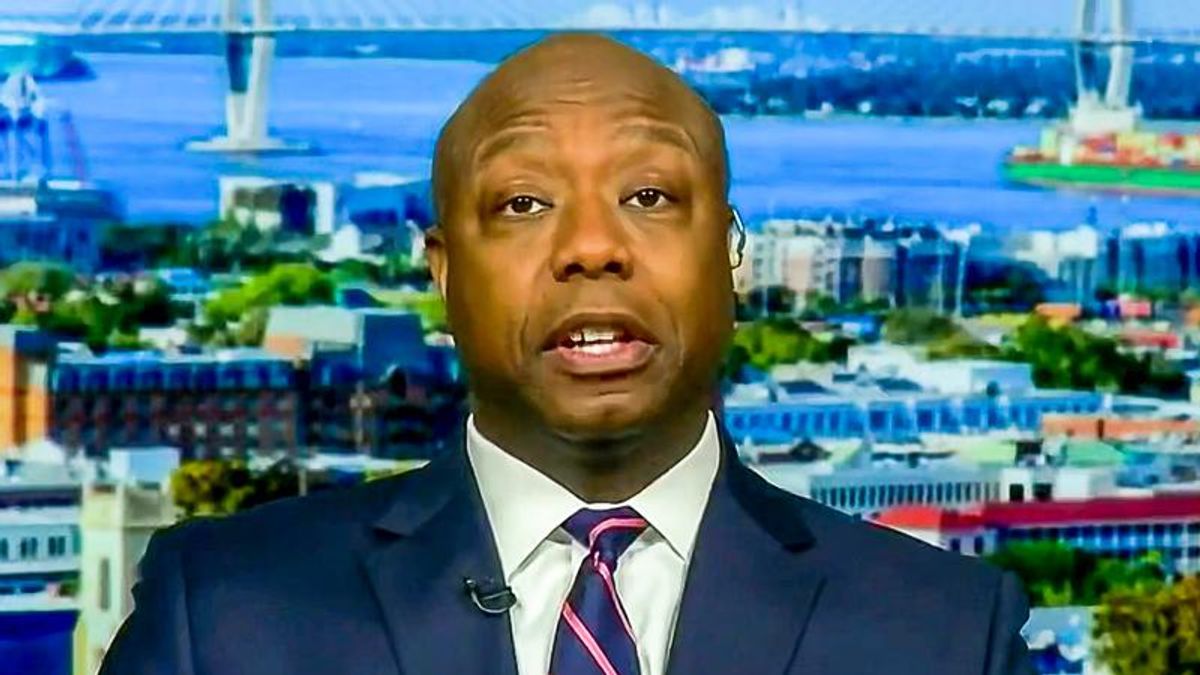 MSNBC anchor and Washington Post columnist Jonathan Capehart blasted the one Black Republican senator in the newspaper on Saturday.

"'Better to remain silent and be thought a fool than to speak and to remove all doubt' goes the famous, but disputed, adage. During an interview on Fox News on March 8, Sen. Tim Scott (S.C.) proved it to stunning effect," Capehart wrote.

"The Palmetto State Republican didn't like how MSNBC anchor Joy Reid said his presence at a recent news conference with his conservative colleagues gave it 'the patina of diversity.' That's fine. The problem is how he responded. 'Woke supremacy is as bad as white supremacy,' Scott said after a tirade by host and former South Carolina representative Trey Gowdy," Capehart explained.

Scott was ripped for his comments.

"'Woke supremacy' ranks up there with that tired crutch of the right known as 'cancel culture.' The purpose of both phrases is to shield folks from criticism when they are called out for their actions or their deeply ignorant musings that peddle in racism, xenophobia or misogyny. It is also used to deny dignity to those of us who rise up and demand it in defiance of a dominant culture that depends on our silence. Or, in the case of Scott, complicity in maintaining that silence," he wrote. "'Woke supremacy' is not real. But white supremacy is very real."

"What is not invisible is the impact of white supremacy and those who enforce it. The clearest example is the Jan. 6 insurrection at the U.S. Capitol by white supremacists egged on by a white-supremacist president intent on overturning the election he lost. But we have borne witness to myriad other manifestations of white supremacy," he wrote. "Last year, a White woman called the cops falsely claiming a Black man was threatening her in New York City's Central Park after he asked her to follow the rules and put her dog on a leash. "BBQ Becky" called the cops in 2018 on two Black men grilling in an Oakland, Calif., park. "Permit Patty" called the cops that same year on an 8-year-old Black girl selling bottled water outside her own home in San Francisco."

"And in Scott's own state, an avowed and unrepentant white supremacist walked into historic Emanuel African Methodist Episcopal Church in Charleston, S.C., to murder nine Black parishioners as they prayed.

"I defy Scott to ask the families of those murdered in that 2015 slaughter whether something as ridiculous as 'woke supremacy' is as bad as white supremacy," Capehart wrote. "Scott has nothing to say to them on that score, I bet. Given his track record, his silence is golden, lest he prove himself a fool — again."