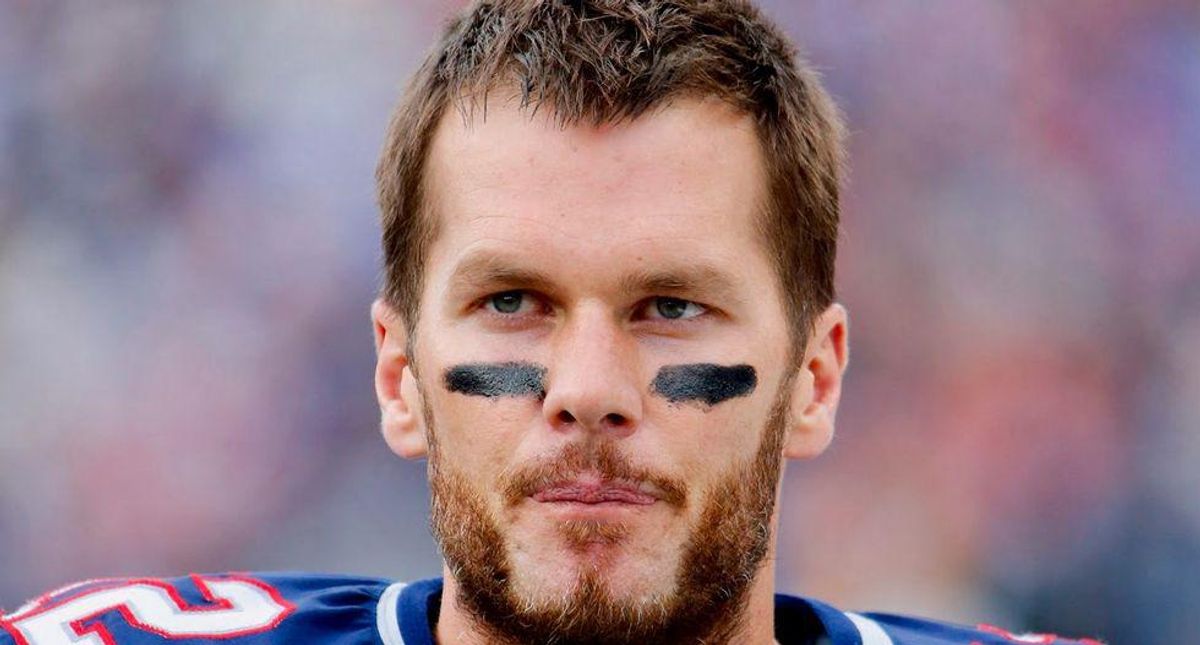 During a visit to the White House this Tuesday to celebrate the Tampa Bay Buccaneers winning the Super Bowl, Buccaneers quarterback Tom Brady told a few jokes at Donald Trump's expense.

"Not a lot of people think that we could've won," Brady said. "In fact, I think about 40% of the people still don't think we won."

"I understand that," Biden chimed in, alluding to 2020 election conspiracy theories.

According to NYMag's Jonathan Chait, for Trump to see Brady, who he's had a "special obsession" with that "goes back years," yucking it up with Biden at his expense must have had a "wounding effect."

"In Trump's mind, the two men were parallels to each other: both Winners, and natural companions on the basis of their mastery of their respective fields," Chait writes. "'He's a friend of mine, he's a great guy, and he's a great athlete obviously, but he's a winner,' Trump told TMZ in 2016. 'I think Tom is totally innocent. I think Tom is — first of all, I know him, he's such an honorable guy, and I'm with him all the way.' Trump has repeatedly expressed his regret that he 'could have had Tom Brady' as his son-in-law, rather than the nerdy Jared Kushner."

Chait then argues that Brady's visit to the White House and his jokes about the election likely had the effect of "inverting the whole hierarchy" in Trump's mind.

"Biden is the winner, like Brady, and Winners now are guys who get called sleepy by the Losers for making a small mistake on the way to their triumph," writes Chait.

Read the full op-ed over at NYMag.