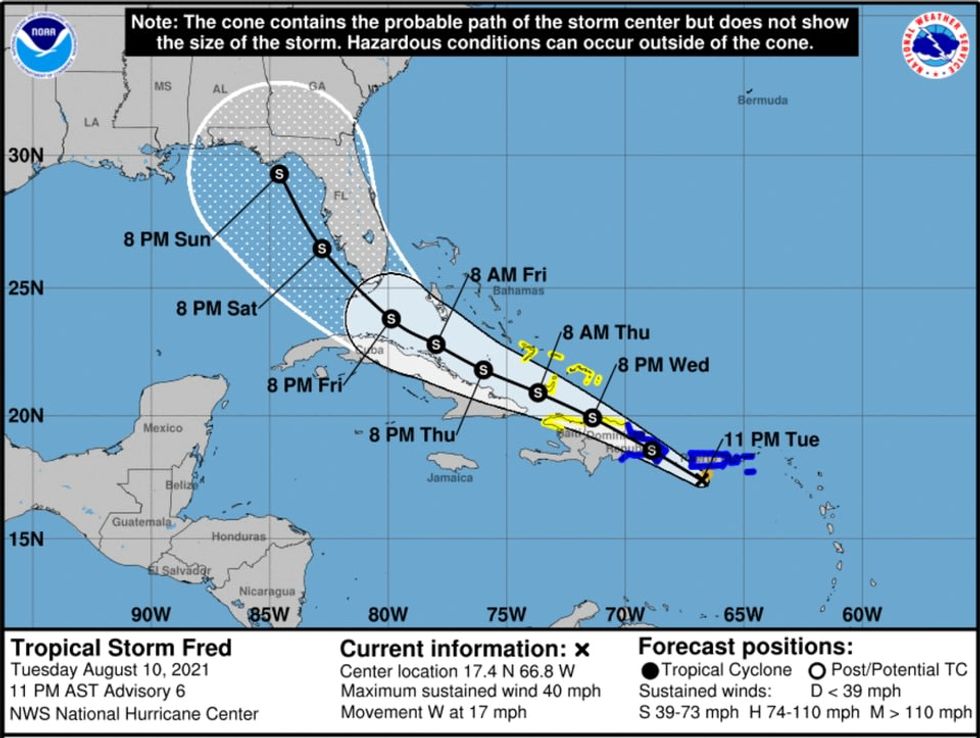 This is the forecast track of Tropical Storm Fred, which developed Tuesday night, Aug. 10. Fred is the sixth named storm of the 2021 Atlantic hurricane season.

A tropical disturbance that has been swirling in the Caribbean during the past few days became more organized Tuesday night and has now strengthened into a tropical storm named Fred. Forecasters from the National Hurricane Center said the tropical storm is spinning about 45 milessouth-southwest of Ponce, Puerto Rico, and 215 miles east-southeast of Santo Domingo in the Dominican Republic at about 11 p.m. Tuesday. The storm was moving west at a pace of 17 mph. Fred, the sixth named storm of the Atlantic hurricane season — which got off to an active start but has been very quiet during the past ...