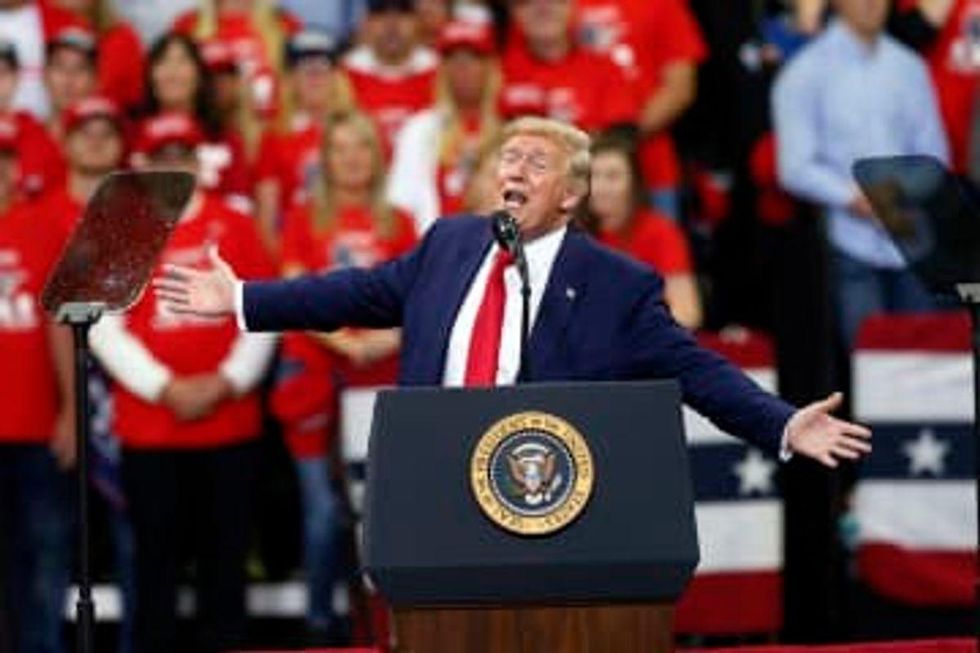 An email fundraising appeal Sunday -- paid for by the National Republican Campaign Committee (NRCC)-- promises donors that "Trump said he'll run for President if we win back the House! If every Patriot makes their donation monthly, Republicans WIN."

That unambiguous sponsored message sent via the Daily Wire Action Alerts should have been a news release: Nowhere has it been reported -- or stated personally by Trump -- that any such thing would happen if the GOP regained control of the House in 2022.

To the contrary, the Daily Wire website reported just today: "Former President Donald Trump confirmed news that he plans to launch his own social media platform in the near future, and he named several Republicans that conservatives should keep their eye on as potential 2024 presidential candidates."

Here's how the Daily Wire reported it:

"In a podcast interview, Trump told "The Truth with Lisa Boothe" with iHeart Radio and "Gingrich 360" that he is "doing things having to do with putting our own platform out there" that will be coming out "soon."

There was no reference in the podcast to Trump predicating his list of candidates on the GOP failing to win the House in 2022. Perhaps it slipped his mind.

But the erstwhile proprietor of Trump University could not have been clearer in the fundraising appeal to his patsies. In fact, his promise was so unqualified that it didn't even allow for the possibility that he might be in prison in 2024.