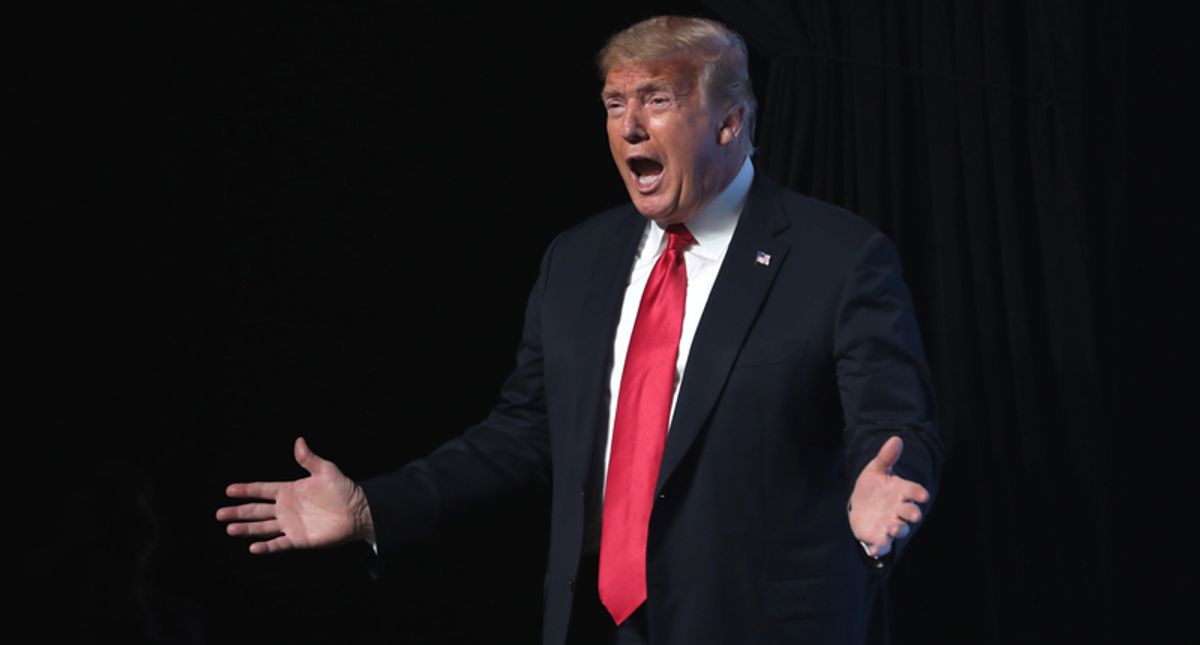 Axios reports that Trump is plotting a "show of force" speech at the Conservative Political Action Conference in which he'll establish himself as the "presumptive 2024 nominee."

Trump's goal will be to establish that he is still in charge of the GOP, even though he no longer has the Oval Office or his Twitter account.

Even though Trump has still not decided on whether he's running in 2024, he is planning to use the 2022 election cycle to exact revenge by running primary challenges against Republicans who have crossed him, and he's expected to get help from state Republican Parties that have censured rebellious anti-Trump Republicans.

"Trump effectively is the Republican Party," Trump adviser Jason Miller crowed to Axios. "The only chasm is between Beltway insiders and grassroots Republicans around the country. When you attack President Trump, you're attacking the Republican grassroots."