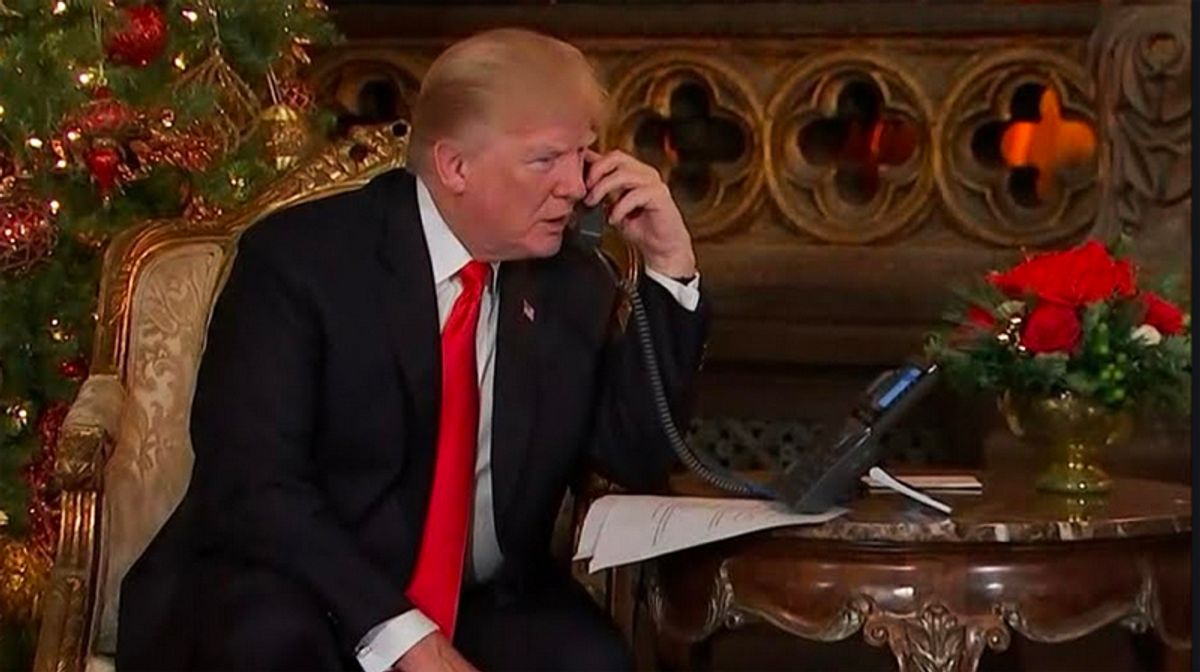 Now that Donald Trump isn't in charge of the IRS, they might be looking to recoup the $72 million refund that the former president got several years ago.

Writing for the Washington Post, David Fahrenthold along with Jonathan O'Connell and Jeff Stein recalled some of the revelations learned about Trump's taxes over the course of his presidency.

In 2018, former Trump lawyer Michael Cohen testified that the reason Trump wouldn't turn over his taxes is due to his fear that he would be outed as a tax cheat.

"What he didn't want," Cohen testified to the House Committee on Oversight and Reform, "was to have an entire group of think tanks that are tax experts run through his tax return and start ripping it to pieces, and then he'll end up in an audit and he'll ultimately have taxable consequences, penalties and so on."

Before running for office, the IRS issued to Trump in 2010 for $72.9 million, according to a report from The New York Times.

Cohen testified that Trump mocked the IRS for issuing such a refund in his memoir Disloyal.

"Can you believe how f**king stupid the IRS is?" Cohen recalled Trump saying. "Who would give me a refund of ten f**king million dollars? They are so stupid!"

If the IRS rules against him in the review of his taxes, the former president will owe closer to $100 million in both taxes and penalties.

The Post report cited tax expert Steven M. Rosenthal, who explained that it wasn't surprising that the IRS would stay out of Trump's taxes while he was in office. Now that he's out, however, things can move forward.

It isn't a great time for Trump financially. While he's still getting a pension as an ex-president, his properties are struggling along with others in the hospitality industry.

Data from the Office of Government Ethics posted last month in The Wall Street Journal, 2020 was a very bad year for Trump properties, falling nearly 40 percent.

"I have 75 million people who would follow my father to the ends of the Earth," said Eric Trump, who has been running the Trump Organization in his father's absence. "He's got probably the most famous brand in the world. The opportunities for somebody like that are going to be endless."

While Trump lost with 72 million voters, it doesn't mean those supporters would be capable of shelling out millions to buy a condo in a Trump building or join his Mar-a-Lago club for a $200,000 initiation fee.

The Post report cited Rosenthal anticipating that "there might be no public notice if the fight concludes with the IRS or Trump backing down. But Trump himself could make the matter public if he refuses to accept a decision and files a lawsuit to block it."

The catch is that the IRS Commissioner is still a Trump appointee, Charles Rettig, who will serve until Nov. 2022. He owns a 50 percent stake in two units in Trump International Hotel Waikiki. Yet, Rettig refused to recuse himself from any matters related to Trump or the president's businesses.

But when questioned by the Senate Finance Committee in 2019, Rettig said that Trump's taxes aren't an issue for him, because Steve Mnuchin was the Secretary of the Treasury and "supervised" Rettig.

Incoming Treasury Secretary Janet Yellen hasn't said one way or the other about Trump or his taxes.

George W. Bush's former IRS commissioner, Mark Everson, told The Post that since the Treasury has controlled everything thus far "I'd be surprised if it was reverted to the IRS. So, ironically, despite Trump's appointee still supervising the IRS, the new secretary may have another view.