Trump issues thinly veiled threat to cop who shot MAGA rioter Ashli Babbitt: 'We know who he is!' 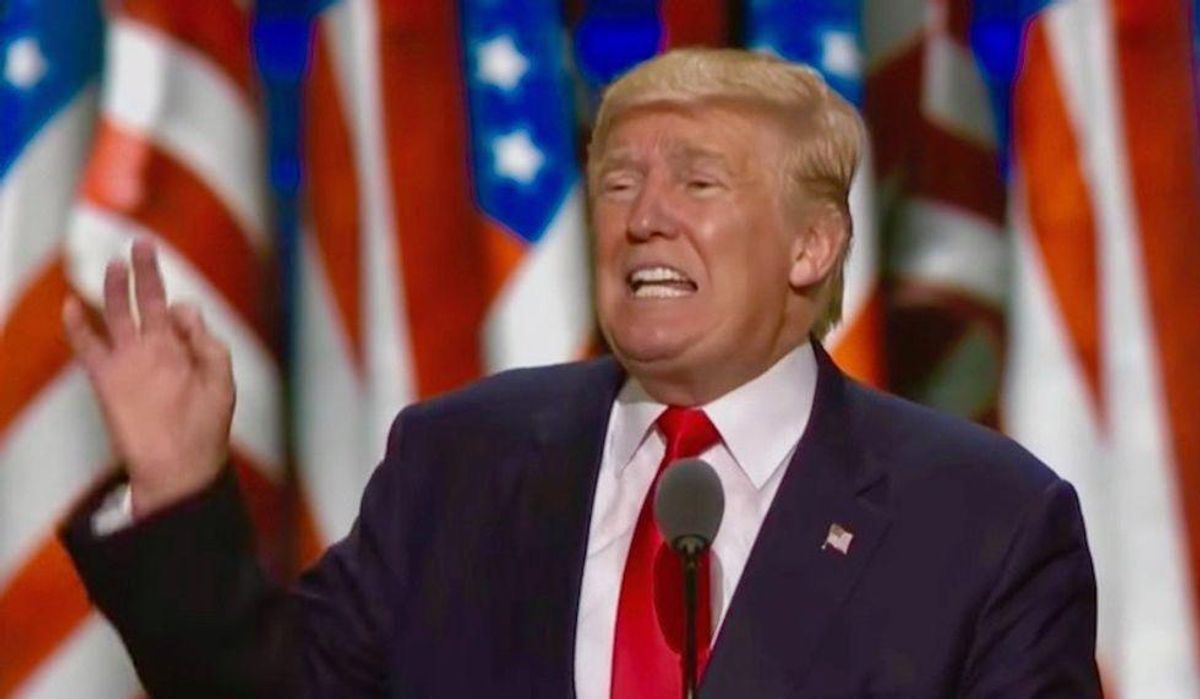 Former President Donald Trump on Wednesday ratcheted up his campaign to make a martyr of dead Capitol rioter Ashli Babbitt.

In a new statement, Trump said that he spoke with Babbitt's mother and widower and then issued a veiled threat at the officer who fatally shot her as she was trying to break into the congressional chamber where members of Congress were sheltering.

"Ashli Babbitt... was murdered at the hands of someone who should never have pulled the trigger of his gun," Trump wrote. "We know who he is."

Trump then falsely claimed that "there are far more people represented by Ashli, who truly loved America, than there are on the other side."