Man arrested for threatening to assassinate Biden claims PTSD from killing a child in Afghanistan: report

The Kansas man arrested for allegedly threatening to assassinate President Joe Biden suffers from PTSD after accidentally killing a young child during a firefight in Afghanistan.

"Scott Ryan Merryman, 37, was arrested last month after claiming he had been instructed by God to 'lop off the head of the serpent in the heart of the nation,' which allegedly meant murdering Biden by delivering a 'fatal head wound,' states a criminal complaint filed Jan. 28 in Baltimore federal court," The Daily Beast reported. "Merryman had a 'decorated' five-year stint in Army Airborne, enlisting in 2005 at the age of 20, his court-appointed lawyers said in a letter sent Monday to Chief Judge James K. Breder of the federal district court in Baltimore."

While in the VA's Psychiatry & Addiction Recovery Treatment program, Scott "worked to process his war trauma, including a chaotic firefight in which his partner was [killed] and Scott inadvertently killed a young child who had been standing next to a Taliban fighter shooting an AK-47 at the troops."

The legal document notes multiple suicide attempts and his PTSD. 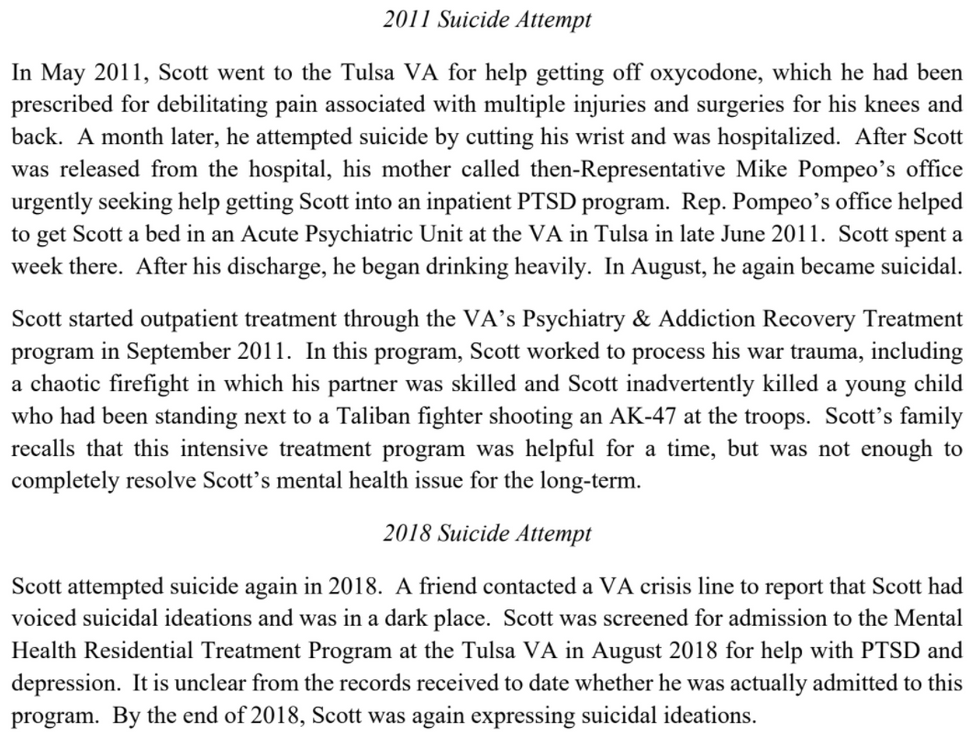