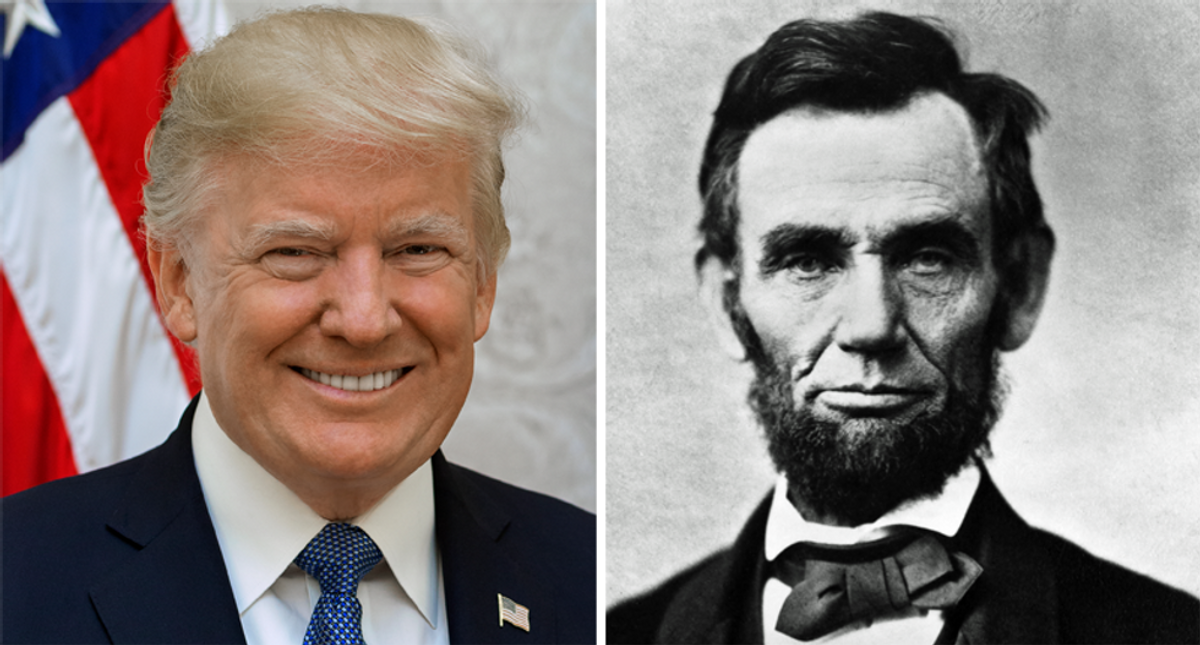 Former President Donald Trump believes he could have defeated two of the greatest presidents in American history -- despite the fact that he lost the 2020 election to a man who campaigned from his basement.

The Guardian has written up a review of a new book by Washington Post reporters Carol Leonnig and Philip Rucker, and the paper reveals that Trump thought so highly of himself that he believed he would have beaten George Washington and Abraham Lincoln if they ran for president in 2020.

"I think it would be hard if George Washington came back from the dead and he chose Abraham Lincoln as his vice-president, I think it would have been very hard for them to beat me," Trump told them, according to the Guardian.

Despite Trump's confidence in his abilities, he twice lost the popular vote to Democratic opponents, while soundly losing the electoral college vote to President Joe Biden in 2020 by 74 electoral votes.