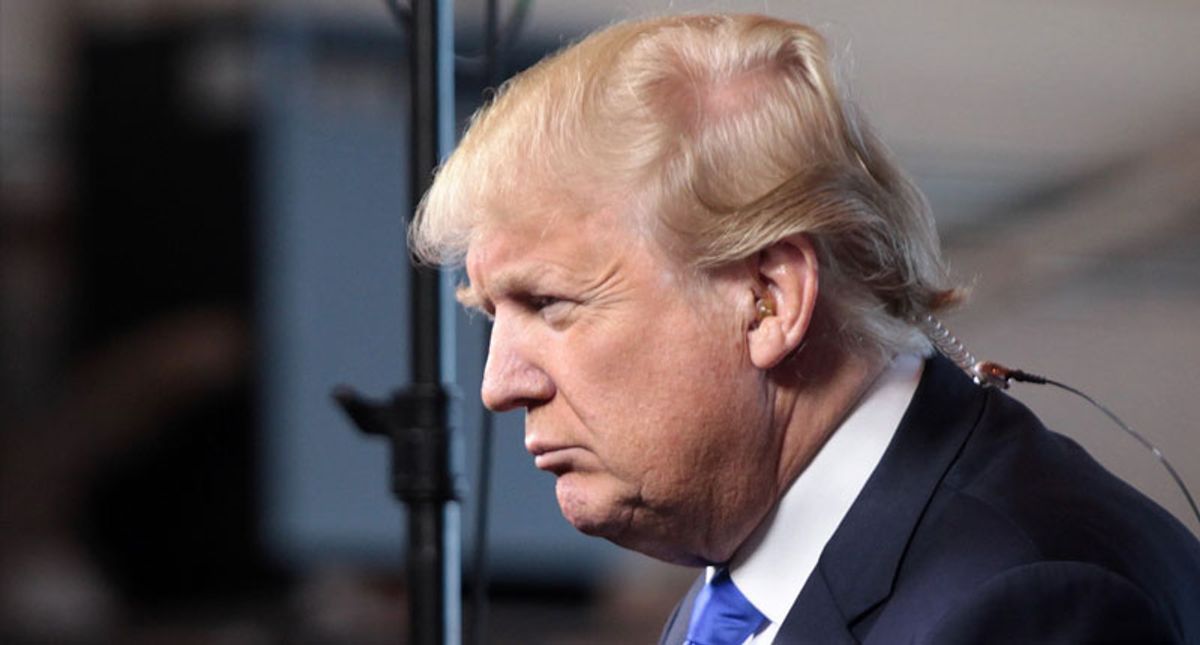 
George Orwell famously pointed out that, "Those who control the past control the future," and the GOP is furiously trying to rewrite the history of January 6th to hide their participation in a heinous crime and promote their authoritarian agenda for the future.


Big lies, when heavily and institutionally promoted over generations, have incredible persistence.


Back in the early 1980s, Louise and I moved with our three kids down to Georgia to start a business in suburban Atlanta. The place was growing like a weed and opportunity abounded; we got our little start-up company on the front page of The Wall Street Journal within the second year.


But what I remember most vividly about those years is the answer I got one night at dinner when I asked our kids what they learned in school that day.


"We learned about the War of Northern Aggression," one said, explaining that the New York bankers were trying to rob people in the South and so the South had to fight back.


This is what happens when history is allowed to be re-written for over a century. And it's happening again, today.


As Mike DeBonis and Jeremy Barr, et al, document at The Washington Post:

"Instead of an attempt to overturn the election by radicalized Donald Trump supporters, it was a choreographed attack staged by antifa provocateurs. Rather than an armed insurrection, it was a good-natured protest spoiled by a few troublemakers.

And instead of a deadly event that put the lives of hundreds of lawmakers, police officers and others at risk, the riot was no big deal at all.

A legion of conservative activists, media personalities and elected officials are seeking to rewrite the story of what happened at the Capitol on Jan. 6, hoping to undermine the clear picture of the attack that has emerged...

Six weeks after the attack, some are taking advantage of fading memories and unanswered questions to portray the riot in a different, more benign light...."

Democrats are trying to put together a commission to study what happened, and Republicans are fighting every effort.

When congressional committees controlled by Democrats try to look into the events of January 6, their Republican colleagues tie the proceedings up in bureaucratic knots.

Very little, right now, is getting done, while documents and other evidence are being destroyed, "lost" or "forgotten." There's even some doubt about whether all the pre-January 6th security video from the Capitol that may have shown legislators giving recon tours to insurgents still exists.

The new story, as told by Tucker Carlson, Ron Johnson and others is that it wasn't all that big a deal when the Capitol was stormed, and it certainly wasn't treason. Donald Trump even went so far as to say that his followers were "hugging and kissing" the Capitol Police officers.

A few hundred foot-soldiers have been arrested and are being prosecuted, but nobody has heard a peep about the meeting in Trump's DC hotel the night of January 5 or any other meetings or actions that may imply organization and leadership.

Acting Secretary of Defense, Trump loyalist Christopher Miller, was installed right after Trump lost the election as part of a rapid general purge of senior leadership at the Pentagon.

Anticipating the January 6th attack to end American democracy, Miller issued a memo (reprinted below) on January 4 specifically forbidding the District of Columbia National Guard from:

Miller's memo specified that the DC National Guard would be essentially neutered unless he gave the order, and he and other Trump loyalists weren't answering the phone for hours during the attack.


But where's the investigation? Where are the hearings? Who's asking Miller who ordered him to do this and why he went along with it? What was the end game? Who else was involved?


It sure looks like we experienced an attempted coup d'état that only failed because of the integrity of a few Republican officials and Secretaries of State. It was a widespread and concerted effort to end the American Experiment.


Donald Trump and a group of his followers, it appears, tried to overthrow the legitimate government of the United States and install himself as a strongman dictator, ending the world's oldest democracy.


But any time questions are asked about these details, about who participated at the higher levels, about what members of Congress might've been involved, the conversation gets changed. The discussion is shifted to Antifa, Maxine Waters or something altogether unrelated.


Trump's Big Lie that he won the 2020 election was terrible in and of itself. Like Hitler's "Stabbed in the Back" Big Lie that Germany was on the verge of winning World War I until the Jews and socialists sold them out, Trump's Lie formed the basis for the attack on the Capitol and multiple ongoing attacks on our democracy.


But a second Big Lie that is emerging now, that the attack of January 6th was either not an "actual" or "serious" attack, or that, if it was, it was done by Antifa and Black Lives Matter members, is just as destructive. Perhaps more so, because it discourages further investigation.


These two Big Lies have already spread widely across social media and the Internet. Multimillionaire commentators on Fox News are doing their best to establish these lies as part of the documentary record, as are other rightwing media outlets.


America mustn't let them get away with it.


We need to know the truth, including uncomfortable truths that may involve collusion and participation by elected officials and government employees, should that be proven to be the case.


America allowed the Big Lie of the "Lost Cause" and "the War of Northern Aggression" to survive and fester for over a century and the result is that Americans are still dying — daily — because of the color of their skin.


That elected Republicans are blocking efforts to find the truth about this January 6, 2021 act of treason, while actively using Trump's original November 2020 Big Lie to cut back voting rights nationwide, is both despicable and dangerous.


The perpetrators and collaborators — including those who are and/or work for elected officials — must be publicly held to account.


If Republicans continue blocking serious investigations and these crimes are successfullly whitewashed, the next authoritarian attempt to destroy our republic may well succeed.