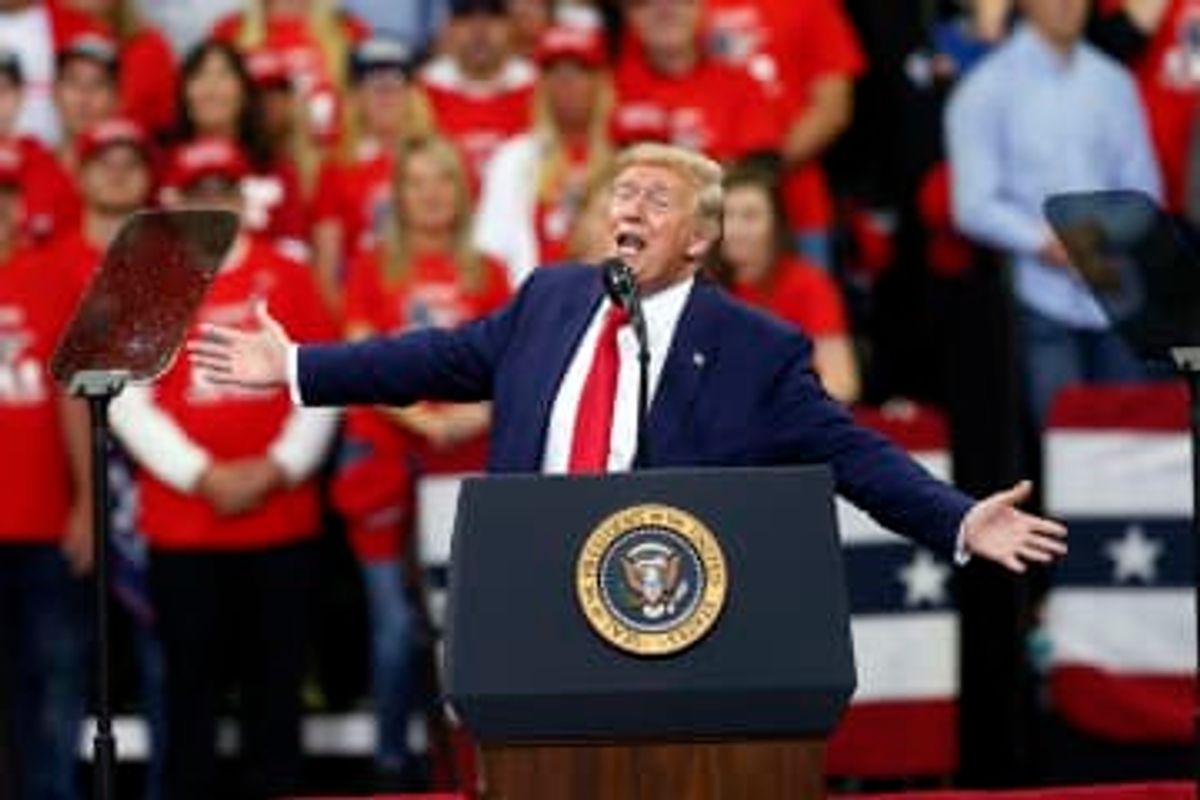 According to AP, others who planned to be "on sight" during the Save America Rally" have "close ties to the White House." But because of the storming of the Capitol Building, AP reports, "several of them" have since "scrambled to distance themselves from the rally."

During the "Save America Rally," Trump — along with Donald Trump, Jr. and former New York City Mayor Rudy Giuliani — continued to promote the totally debunked conspiracy theory that the 2020 election was stolen from him because of widespread voter fraud and declared, "You'll never take back our country with weakness. You have to show strength, and you have to be strong." And Giuliani told the crowd, "Let's have trial by combat."

When a violent mob stormed the Capitol Building later that day, the insurrectionists were hoping to prevent Congress from certifying President-elect Joe Biden's electoral college victory. But the joint session of Congress eventually resumed, and Biden is set to be sworn in as president this Wednesday, January 20.

AP notes that Megan Powers, who served as the Trump campaign's director of operations, was listed as an operations manager for the "Save America Rally."

According to AP, "Caroline Wren, a veteran GOP fundraiser, is named as a 'VIP Advisor' on an attachment to the permit that Women for America First provided to the agency. Between mid-March and mid-November, Donald J. Trump for President Inc. paid Wren $20,000 a month, according to Federal Election Commission records. During the campaign, she was a national finance consultant for Trump Victory, a joint fundraising committee between the president's reelection campaign and the Republican National Committee."

Keilar began her remarks by describing CPAC as "candy for conspiracy theorist headlined this past weekend by the Everlasting Gobstopper of lies himself, former President Donald Trump."