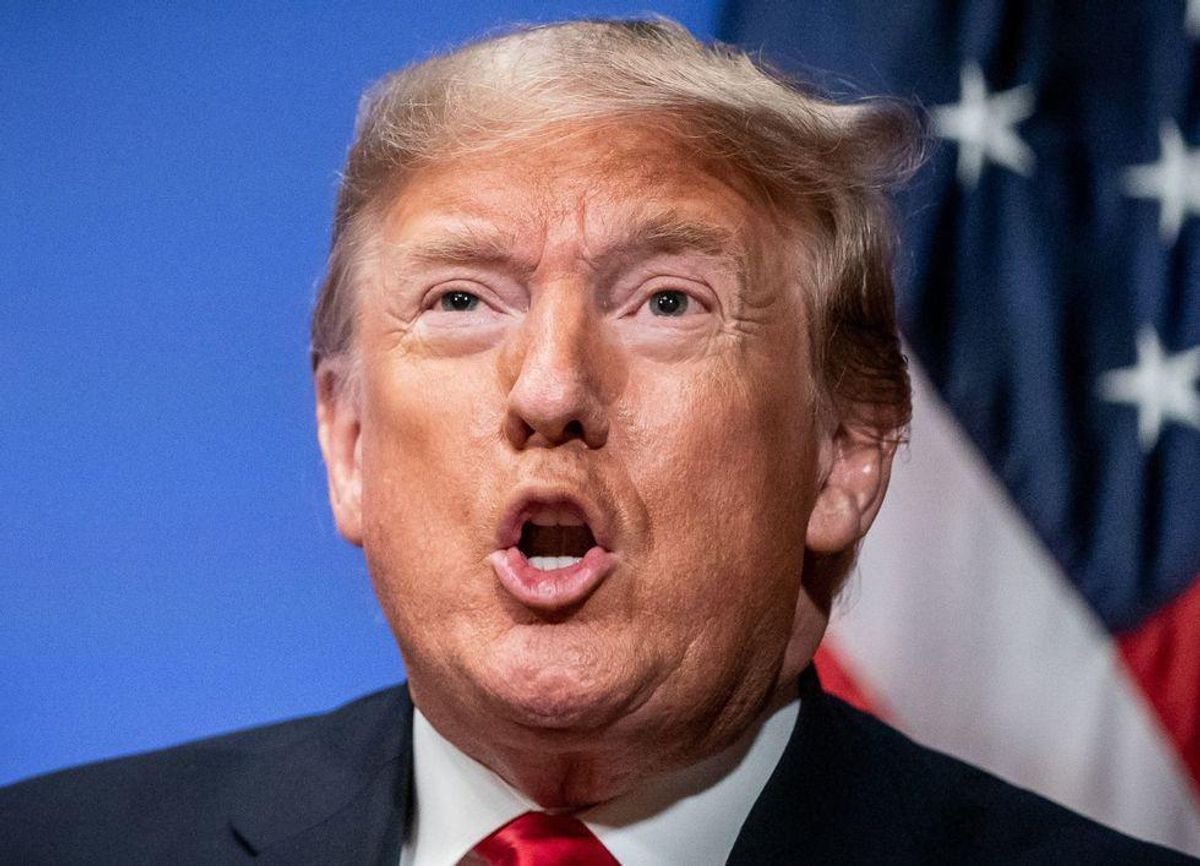 From condo salesman to reality TV host to leader of the free world, Donald Trump has occupied several lifetimes' worth of identities over a remarkable career of reinventions. Even so, the billionaire mogul's latest metamorphosis – into a consumer-rights plaintiff seeking to regulate big business – is a peculiar one.

With a volley of lawsuits against the operators of Facebook, Twitter and YouTube, former President Trump is asking the courts to do what tycoon Trump once would have denounced: tell some of America's most powerful corporations that they have no choice who they do business with.

As a First Amendment and media law scholar, I believe the former president knows he can't win in court. Here's why – and why even his most ardent supporters don't really want him to.

After the Jan. 6 attack on the U.S. Capitol by rioters bent on preventing Congress from certifying President Biden's electoral win, all of the major social platforms – Facebook, Twitter and YouTube – pulled the plug on Trump's accounts. The companies cited internal rules about misuse of their platforms to spread misinformation and incite violence.

Trump's lawsuit barrage seeks not just to overturn his own bans but to invalidate a 1996 federal statute, Section 230 of the Communications Decency Act, that entitles website operators to choose who and what appears on their pages without fear of liability. His attorneys are arguing – creatively, but I believe without much legal foundation – that the Communications Decency Act is unconstitutional in that Congress has given platforms too much speech-policing power.

Section 230 has been called the law that “created the internet," as it enables anyone who operates or uses a website – not, as Trump claims, only social media behemoths – to disavow responsibility for what outsiders come onto the site and say.

The law does enable YouTube to deactivate videos, or entire accounts, without assuming “ownership" of anything libelous that remains viewable. But it also allows the proprietor of a small-town news site to entertain reader comments without being considered the “publisher" of – and thus liable for – every scurrilous statement that ends up in the comments section.

Social networks have enforced their “content moderation" rules spottily and without much transparency. That's a bad business practice, and it's arguably unfair. But the Constitution doesn't offer a remedy for all of life's adversities. It certainly doesn't offer one for Donald Trump here.

Court after court has rejected the argument that because social networks are widely considered – in the Supreme Court's words – “the modern public square," speakers are entitled to demand access to their platforms just as they are entitled to use a physical public square. That's not how the First Amendment works.

The protections of the First Amendment are triggered when a public agency exercises governmental power to restrict people's speech – what is known as “state action." On rare occasions, private organizations can be considered “governmental" – for instance, when a private hospital or university is given police power to make arrests on its premises.

But operating a video-sharing platform is not a “governmental" function – and judges have said so, unanimously.

Conservatives, including Trump, cannot possibly want private businesses to be governed by the same constitutional standards that apply to cities and counties. If courts started applying the Bill of Rights to Walmart or McDonald's just because they are large and powerful entities that control a lot of property, those establishments would be forced to welcome even the most disagreeable speakers – let's say, a diner wearing a “F*** Trump" T-shirt – no matter how many offended customers complain. 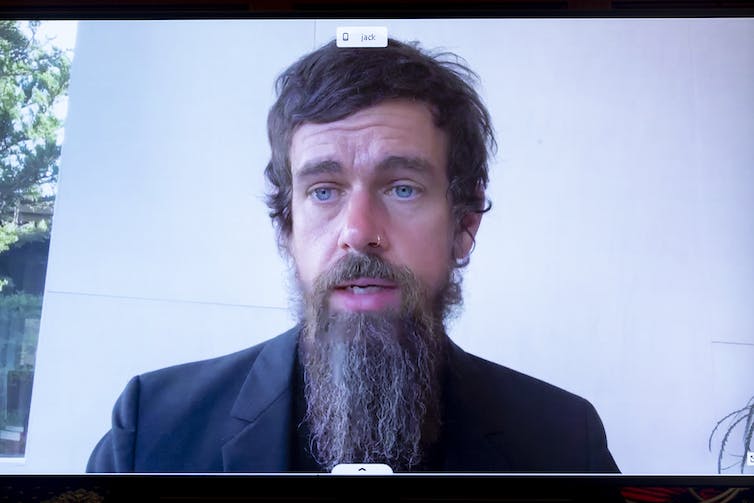 Twitter CEO Jack Dorsey and other Big Tech leaders testified virtually at a congressional hearing in October 2020 regarding Section 230 of the Communications Decency Act, which guarantees that tech companies cannot be sued for content on their platforms.

For decades, conservatives have fought – quite hard and quite successfully in court – to establish that corporations have First Amendment rights equivalent to those of living, breathing people. That includes the corporations operating social media channels.

In a recent essay about democracy in the social media age, I explain how the Communications Decency Act has evolved into the near-impenetrable liability shield that it is today.

In the essay, I describe how the proprietor of a hotel or tavern isn't liable for harm caused by customers visiting the establishment – unless the customer has a known history of dangerousness that the proprietor chooses to ignore. That might offer a split-the-difference path for addressing the worst trolling behavior on social media by repeat bad actors – but, to be clear, it's not the law today.

Today, the law unmistakably entitles the Twitters of the world to do just about anything with their customers' posts: take them down, leave them up, add warnings or modifiers. If users are aggrieved by the way they're treated, they can do exactly what they'd do in the offline world: Take their business somewhere else.

The Supreme Court already decisively dealt with this issue a half-century ago, when newspapers and television stations held power over political discourse comparable to that of Facebook and Twitter today. In the case, Miami Herald Publishing Co. v. Tornillo, the justices rejected a state legislative candidate's insistence that he was entitled to space in the local newspaper to respond to criticism in two editorial columns.

While the justices acknowledged that a big-city newspaper might have a near-monopoly over information about local elections – sound familiar? – they agreed that the First Amendment would not tolerate commandeering the presses of a private publisher in the interest of government-enforced “fairness."

A federal judge in Florida, relying on the Tornillo case, just ordered the state not to enforce a newly enacted “anti-deplatforming" law enabling any Florida political candidate whose social media posts are hidden, modified or deactivated to sue the platform. The judge concluded that the law violates the First Amendment rights of the platforms by (for example) compelling platforms to let candidates post anything they want, without moderation. “Balancing the exchange of ideas among private speakers," the judge wrote, “is not a legitimate governmental interest." 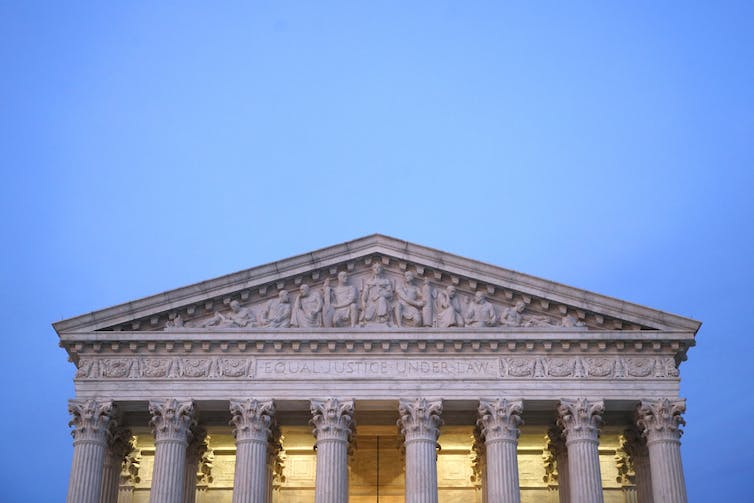 'The Supreme Court,' writes the author, 'already decisively dealt with this issue a half-century ago, when newspapers and television stations held power over political discourse comparable to that of Facebook and Twitter today.'

No one involved with this case could be serious about winning in federal court. But that is not the “court" to which the former president is playing.

Tilting at Silicon Valley appeals directly to Trump's populist followers, many of whom probably suspect that their own clever tweets failed to go viral only because the system is rigged against them.

But even if, as experts suggest, Trump's case is destined to fail, dismissal would be yet another headline and fundraising hook, along the lines of, “You knew those socialist judges were in Hillary's pocket." And even if Trump were ordered to pay Twitter CEO Jack Dorsey and Facebook CEO Mark Zuckerberg's attorney fees, they'd have to queue up behind decades' worth of unpaid Trump creditors.

As Trump would tweet, if given the chance: “So much winning!"

Frank LoMonte, Director of the Brechner Center for Freedom of Information, University of Florida