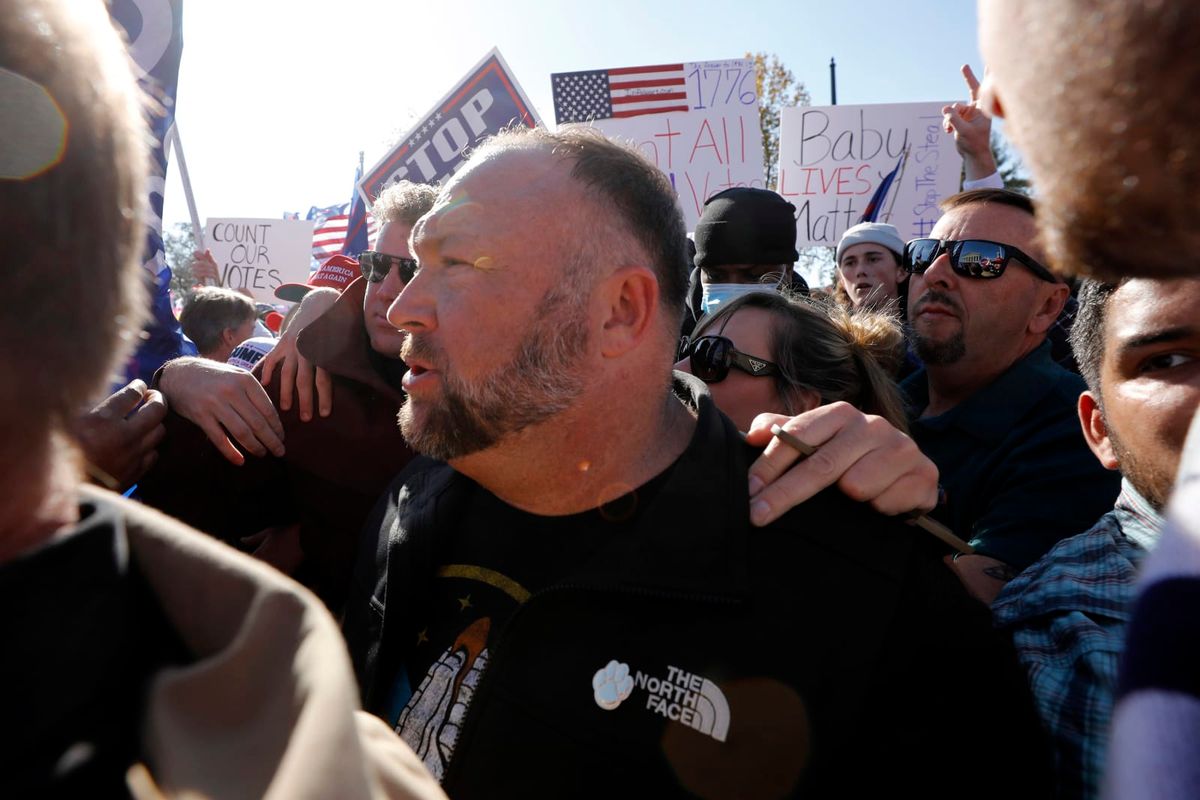 Alex Jones of Infowars arrives to speak to participants in the MAGA Million March For Trump rally outside the Supreme Court building in Washington, D.C., on November 14, 2020. - Yuri Gripas/Abaca Press/TNS

"Nothing can stop this," says a Telegram account pretending to be Joint Chiefs of Staff Gen. John Hyten. "They can no longer hide in the shadows."

"Last hours," it said about 20 minutes later. It then posted photos of soldiers in uniform behind a Washington, D.C. fence saying, "Stay in your homes."

Among those most ardent Trump cultists who believe that the election was stolen, there is a belief that a reckoning is coming on Wednesday. Some kind of war will break out and the outgoing president will rise to power.

"After the [Jan. 6] riot, similar groups of people had faith that they could hang back and wait because Trump and the military would take action," said CNN.com. "But given the way conspiracy theories work generally, and the way they have proliferated after the riot, it is easy to imagine these theories spinning out in new ways once it is clear no such action is coming. Much of the discussion around martial law online ultimately connects to QAnon, which has long had a promise of and a lust for blood. But the people who are excitedly discussing the possibility of a military takeover may not know the origins of their obsession. And the phenomenon does not appear to be confined to a niche corner of the internet."

Trump fans are warning their followers to stock up on food because martial law will begin. One YouTube star who purports to have an alien mother and alien daughter has more than 3.5 million views on a video saying Trump signed the Insurrection Act. Another video with 1.7 million views says as much as 85 percent of Congress could be arrested.

TikTok too has thousands of videos seen by tens of thousands of viewers about the same conspiracies. Many seem excited about the prospect of the downfall of America while others are rushing to bring it about.