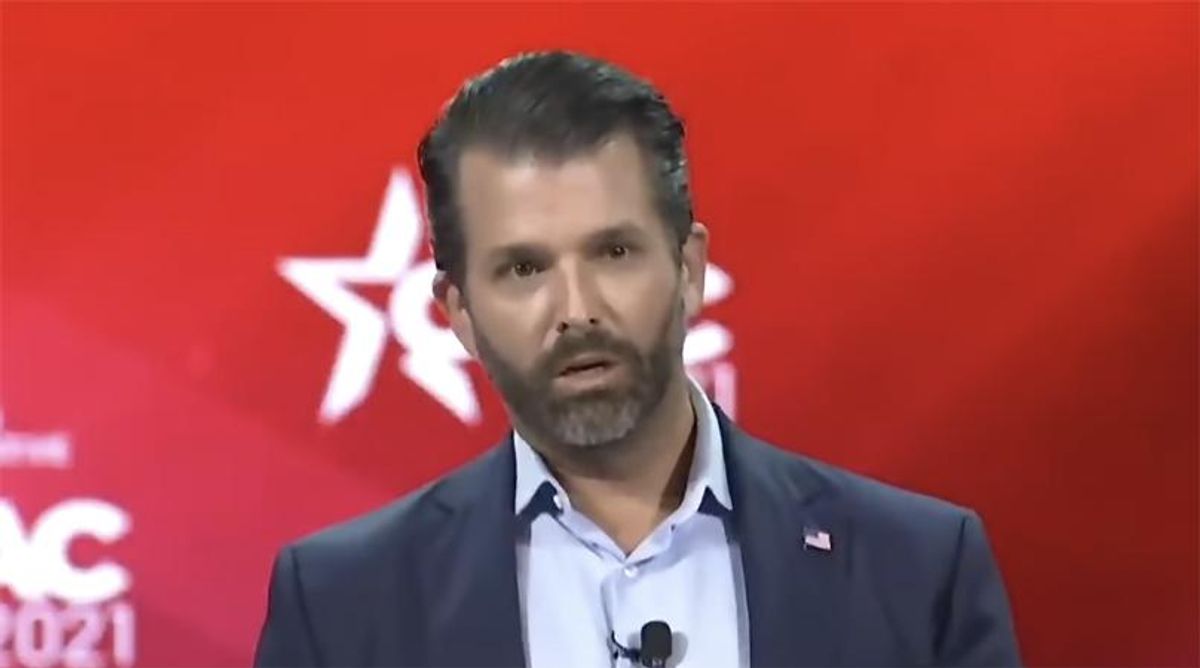 According to Trump Jr., the Republican Party failed his father. While he refrained from naming all of the senators he believes should be challenged, he did level a direct attack at top-ranking House Republican Rep. Liz Cheney (R-Wyo.)

"Liz Cheney and her politics are only slightly less popular than her father is at a quail hunt," Trump Jr. said.

He went on to say that Cheney "is tied to an establishment that has done nothing but fail us time and time again," Trump Jr. said. "You've heard the rhetoric from some of them over the last couple of weeks, and now you've seen that change very quickly. Because if there's one thing the Republican Party has been really good at over the last few decades, it's snatching defeat from the jaws of victory."

Trump Jr.'s remarks leveled at the Republican Party come as the political party continues its plight for a new direction following the era of Trump. In addition to the CPAC speech, Trump Jr. also conducted an interview with Fox News on Friday where he made similar remarks about the political party.

During that interview, he claimed there are "'plenty' of incumbent Republican senators who he would consider supporting primary challenges against."

"I think there's a couple that I would certainly get involved in," Trump Jr. said. "I think [former President Donald Trump] would get involved in picking individual races and individual people that have been supportive of him, and not others. And that's fine."

He continued, "I don't think we have to blindly support, you know, establishment candidates that don't do anything. I think that's a mistake and I think we've seen too much of that from the establishment where they blindly throw cash, time, money and energy to help failing candidates who have no charisma, no personality, no political chops, get over the line simply because they've been there a few years. That's the kind of nonsense that has to go, and I think it will."