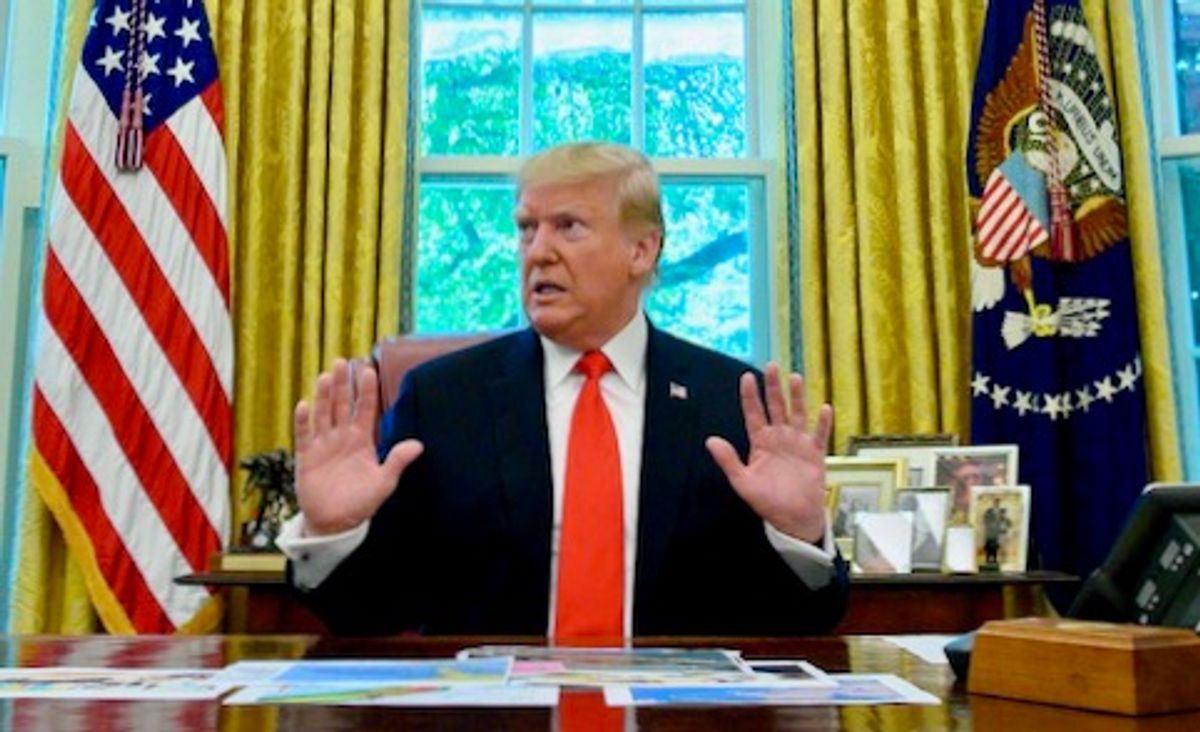 President Donald Trump speaks to the media from the Oval Office at the White House in Washington, D.C. on September 4, 2019. (Photo: Jim Watson/AFP/Getty Images)

"Trump has been cavalier about the law requiring that records be preserved. He has a habit of ripping up documents before tossing them out, forcing White House records workers to spend hours taping them back together," the AP reported. "The president also confiscated an interpreter's notes after Trump had a chat with Russian leader Vladimir Putin. Trump scolded his White House counsel for taking notes at a meeting during the Russia investigation by former special counsel Robert Mueller. Top executive branch officials had to be reminded more than once not to conduct official business on private email or text messaging systems and to preserve it if they did."

The destruction of documents could obstruct investigations.

"And now, Trump's baseless claim of widespread voter fraud, which postponed for weeks an acknowledgement of President-elect Joe Biden's victory, is delaying the transfer of documents to the National Archives and Records Administration, further heightening concern about the integrity of the records," the AP explained. "Lack of a complete record might also hinder any ongoing investigations of Trump, from his impeachment trial and other prospective federal inquiries to investigations in the state of New York."

The Trump administration is expected to ignore a Wednesday deadline.

"The Presidential Records Act states that a president cannot destroy records until he seeks the advice of the national archivist and notifies Congress. But the law doesn't require him to heed the archivist's advice. It doesn't prevent the president from going ahead and destroying records," the AP explained. "When Trump lost the November election, records staffers were in position to transfer electronic records, pack up the paper ones and move them to the National Archives by Jan. 20, as required by law. But Trump's reluctance to concede has meant they will miss the deadline."